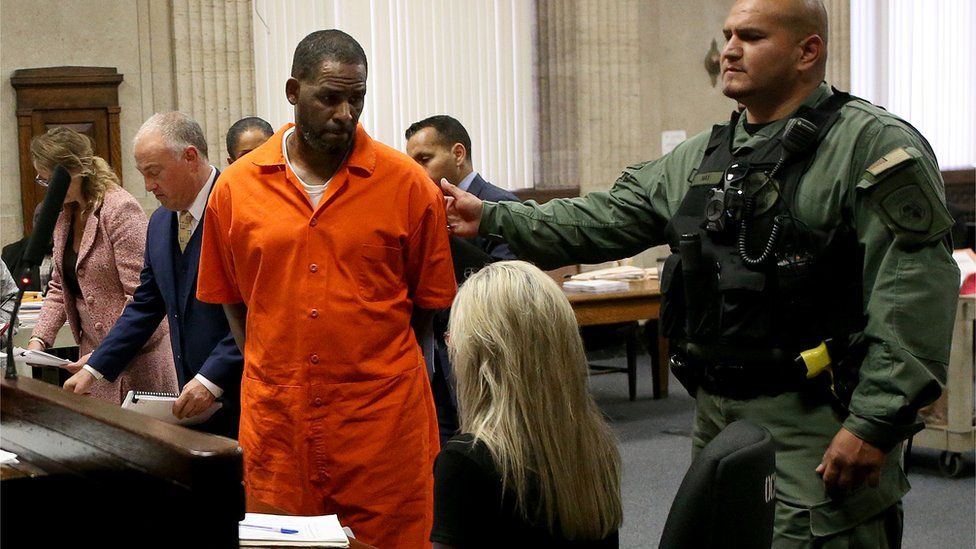 R Kelly had sex with a 15-year-old girl, a Chicago court was told. The alleged victim – known to the jury under the alias of “Jane” – claims that the “Trapped in the Closet” hitmaker had sex with her “hundreds of times” before she turned 18 years old, beginning when she was 15 and he was in his 30s. Jane – who is now 38 years old – also told the jury that she requested the 55-year-old rapper to be her godfather when she 13 years old in the 1990s.

In the following weeks, she detailed how R Kelly would allegedly telephone her and say sexually explicit things to her. He first touched her chest and other parts of her body when she was 14 years old at a recording session in Chicago, the “I Believe I Can Fly” hitmaker’s hometown. It was during this period that the alleged “penetration” began at his home on the North Side of the city, explaining to the jury that she was 15 when they first began having intercourse.

When the prosecution asked how she knew what to do in bed, Jane told the court: “He would tell me what to do.” After being asked how many times they had sex prior to her 18th birthday, she said: “Uncountable times. Hundreds.” Prosecutors cite a video allegedly captured by R Kelly himself shows the “Ignition” rapper having sex with Jane as what kicked off investigations into his child abuse allegations.

Jane also told the court about her early life, living in a musical family in an area outside Chicago and her experiences of being home-schooled as she performed in a touring musical group from the age of 12. R Kelly – who is serving a 30-year sentence after being found guilty in a New York court on racketeering and sex trafficking charges – is facing 13 charges relating to child pornography, enticing minors to have sex.

He also faces the obstruction of justice after he allegedly interfered with a 2008 trial which involved state child abuse charges, which also concerned the video of him and Jane allegedly having sex. Prosecutors believe R Kelly – real name Robert Sylvester Kelly – bribed and intimidated Jane into not testifying against him, which she did not and he was eventually acquitted. In this case, Jane is now co-operating with investigators.

R Kelly – who denies all allegations – has faced a storm of claims about being a sexual abuser, which was heightened following the MeToo movement and the 2019 documentary series, “Surviving R Kelly”. On Wednesday, his lawyer Jennifer Bonjean asked the trial not to consider her client a “monster” while US assistant attorney Jason Julien told the court that R Kelly had a “dark” and “hidden” side to him.