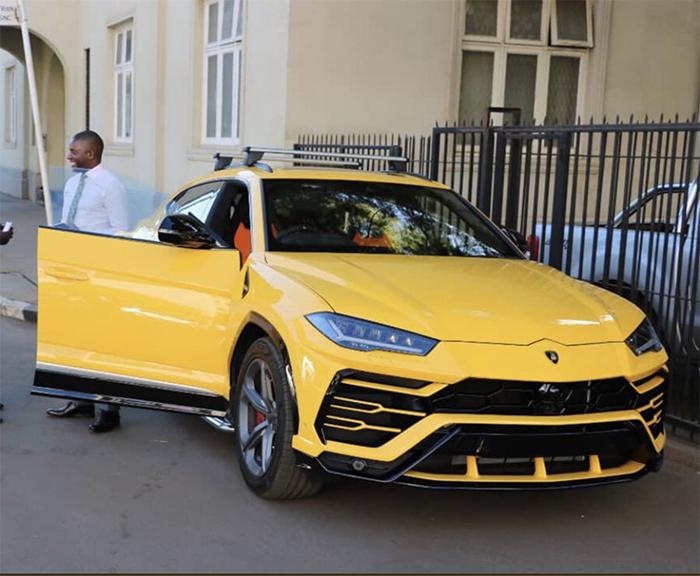 The vehicles are suspected to have been bought using proceeds of crime.

Wadyajena (41) and four Cotton Company of Zimbabwe (Cottco) officials, currently on $200,000 bail, were dragged before the courts to answer charges of fraud and money laundering involving over US$5 million.

In a warrant of search and seizure granted by Harare Provincial Magistrate, Barbara Mateko dated August 18, 2022, the MP or anyone in possession of the vehicles must surrender them immediately.

The warrant was issued in terms of Section 49 (b) as read with Section 50 of the Criminal Procedure and Evidence Act, Chapter 9:07.

The order is believed to have been used by authorities on Friday when they intercepted Wadyajena’s two South Africa bound luxury vehicles at Beitbridge.

Allegations are that sometime in 2019, the four hatched a plan to defraud Cottco through fictitious purchases of goods purportedly for use by the parastatal.

The funds were said be looted by the group under the guise of acquiring some bales for the state-owned entity but were diverted to purchase 25 trucks for Wadyajena’s company.

Wadyajena is alleged to have abused his position as chairperson of parliament’s agriculture committee to cosy up with the Cottco bosses with plans to clean company coffers.

Speaking in parliament on Thursday, the outspoken legislator, who also chairs Africa Parliamentary Network Against Corruption (APNAC)-Zimbabwe, also called on parliament to relieve Wadyajena of his position as agriculture committee chair.

Wadyajena was seized by officials from the Zimbabwe Anti-Corruption Commission (ZACC) Monday and later bailed Thursday after appearing in court facing fraud and money laundering charges.

Mliswa said he has warned parliament before over Wadyajena’s corrupt tendencies but was ignored because the 41-year-old MP was the legislative house’s “blue-eyed boy”.

He also said Wadyajena was not alone in the looting as some MPs in his committee may also have benefitted from the scandal.

“To me, it is this Parliament which is aiding corruption because I brought this issue up and it was not answered,” Mliswa said adding that Wadyajena has been implicated in many scandals before.”

The legislator said parliament should be as swift as it was when it appointed a Privileges Committee to investigate bribery allegations against him when he was still mines committee chair. He was later cleared of the misdemeanour.

He added, “I also have evidence on him (Wadyajena) with SFG giving him money and he never brought that SFG to that Parliamentary Committee yet they were an agriculture concern.

“At this point in time, with immediate effect, he must step down. It is the best practice even if the rule is not there.

“He has no respect amongst his colleagues anymore and unfortunately, the blue eyed boy for vakuru in this parliament has fallen.

“I am sure he will fall with many others too because these transactions are quite serious. I have evidence and I will be providing the evidence to ZACC in terms of saying as Parliament, we cannot push for corruption and expose Ministers but we are in the forefront of it.”

In her response, deputy speaker Tsitsi Gezi refused to comment saying issues raised by Mliswa were now within the courts.

“You also mentioned about Hon. Wadyajena, unfortunately I cannot comment on that issue since the matter is before the courts,” she said.