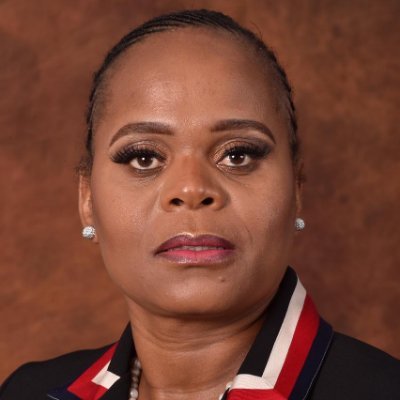 Under fire MEC for Health in Limpopo, Phophi Ramathuba has defended her fierce rants at a Zimbabwean patient and further slammed Zimbabwe government officials for brazen free spending on their own treatment in South Africa while failing to upgrade Zimbabwe’s public hospitals.

Ramathuba torched a storm recently when she was filmed scolding a Zimbabwean patient who had sought medical services in one of the hospitals she presided over.

In her diatribe, the fiery health official told the patient that Zimbabweans were placing an unnecessary burden on South Africa’s public infrastructure.

Speaking Wednesday to South African media in the wake of the storm, Ramathuba denied any wrongdoing, insisting she was employed to provide medical services for poor South Africans and it was not in any of her priorities to extend the privilege to SADC.

“Our SADC partners are willing to pay private hospitals in this country, millions of rands but they are not willing to reimburse the state hospitals which is attending to the millions of their citizens,” Ramathuba said in apparent reference to government officials in Zimbabwe.

“So, we reach a level wherein we need to start educating the patients themselves and ask them a fairness part of it because when we speak to our counterparts, we are not getting that joy.”

Ramathuba said her province was unnecessarily burdened with over two millions non-South Africans who are not planned for when resources are channelled by central government towards Limpopo’s health portfolio.

“The reality of the matter is that South Africans are competing for these resources with illegal migrants.

“The reality is that out of the 5,7 million people that we have in the province, 91 percent are dependent on the state and on top of it, I have 2,1 million people who cannot be accounted for…”

She said it was time to direct the bitter message to ordinary Zimbabweans themselves who cross the border to seek treatment in South Africa.

“We are saying it’s high time that we need to also educate especially these ones who just cross the border because we are have to clear our own problems as a country…for me as an MEC for Health in Limpopo, my responsibility is to make sure that the people of Limpopo live a long and happy life.

“If I am able to clear surgical backlogs for Limpopo, I will start with Mpumalanga, North West and all those before I think of SADC.”

Ramathuba was adamant she was the right person to deliver the person to the Zimbabwean patient as people of Limpopo look up to her for health services delivery.

She said foreigners have recourse in seeking health services in their own countries unlike the poor people Limpopo whose last hope remains health services offered there.

In two famous cases, Mnangagwa – then Vice President – was airlifted to the neighboring country 2017 where he got treated for suspected food poisoning while Chiwenga was in the same country 2019 over a life threatening ailment.