PUNCHSTARWE CHOOSE TO GO THERE
Home SPORT Paul Pogba told the police that his brother held him hostage with... 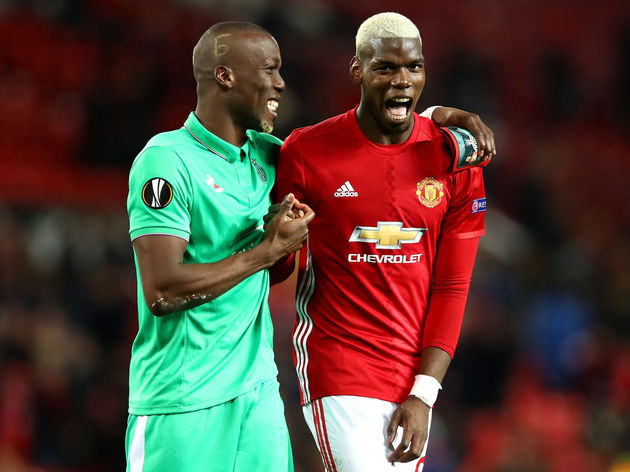 France Info have provided new revelations from police sources this Sunday night in the extraordinary developing story involving France World Cup winner and Juventus midfielder Paul Pogba, who has notably informed police investigators that his brother, Mathias, has been part of a concerted effort to blackmail him for €13m.

The matter came to light yesterday through the publication of a video on social media by Mathias Pogba, who claimed he was about the expose major revelations about his brother, Kylian Mbappé and Rafaela Pimenta. This announcement by the striker was then followed on Sunday by an official communiqué from Paul Pogba’s camp, affirming that the ex-Manchester United man was currently the subject of a blackmail attempt.

It has since been confirmed that French prosecutors have opened an investigation into the possible “attempted blackmail by an organised gang.” Mathias Pogba then took to social media to claim that the media was attempting to spin things and that his brother has lied to Italian authorities.

But France Info have now procured details relating to the French investigation – and they are jaw-dropping.

During various interviews with the authorities, Paul Pogba is understood to have said that he was trapped by childhood friends and two hooded men armed with assault rifles during an incident in Paris. A gang that demanded €13m from him, of which his brother Mathias Pogba would be a part.

The 2018 world champion claims to be the victim of threats and attempted extortion from his older brother and childhood friends.

Paul Pogba has confided to Organised Crime division investigators that he was temporarily trapped by childhood friends and two hooded men armed with assault rifles. According to him, the gang demanded €13m from him and has intimidated him several times since, including at the Juventus training centre in Turin, where he told the police that he recognised his brother Mathias Pogba among the suspects.

Between March 25th and 29th, when the French national team hosted Côte d’Ivoire and South Africa in friendly matches, Paul Pogba took the opportunity to visit his family in Lagny-sur-Marne. Friends are then alleged to have dragged him to an apartment in Paris, where they blamed him for not helping them financially since he became a professional player. Among them, two armed men demanded €13m for “services rendered,” claiming that they had protected him discreetly for 13 years.

The 2018 world champion assured investigators that he had seen his blackmailers several times, notably in April in Manchester, then in July at the Juventus training centre in Turin. It was in Turin that he recognised his brother Mathias, with whom he has a difficult relationship, among the people he accuses of intimidating him. After this episode, Paul Pogba approached his club’s lawyers who decided to notify the police.

During his police interviews, the Juventus player explained to investigators from the Central Directorate of the Judicial Police that he had always been close to his childhood friends and that he had never hesitated to help them financially when they were in the need, until last January, when he kicked a friend out of his house who he was hosting in Manchester. He had done so because he had realised that this individual had used his credit card to steal €200,000 from him.

Investigators, according the media outlet, understand Kylian Mbappé to be linked to the affair only through Paul Pogba mentioning the fact that his blackmailers wanted to discredit him and thus put further pressure on him to pay up by spreading false messages including that he would have asked a witch doctor from inside his family circle to cast a spell on Kylian Mbappé, which the player denied to be true.