PUNCHSTARWE CHOOSE TO GO THERE
Home NEWS Former VP’s son bolts away as police try to arrest him for... 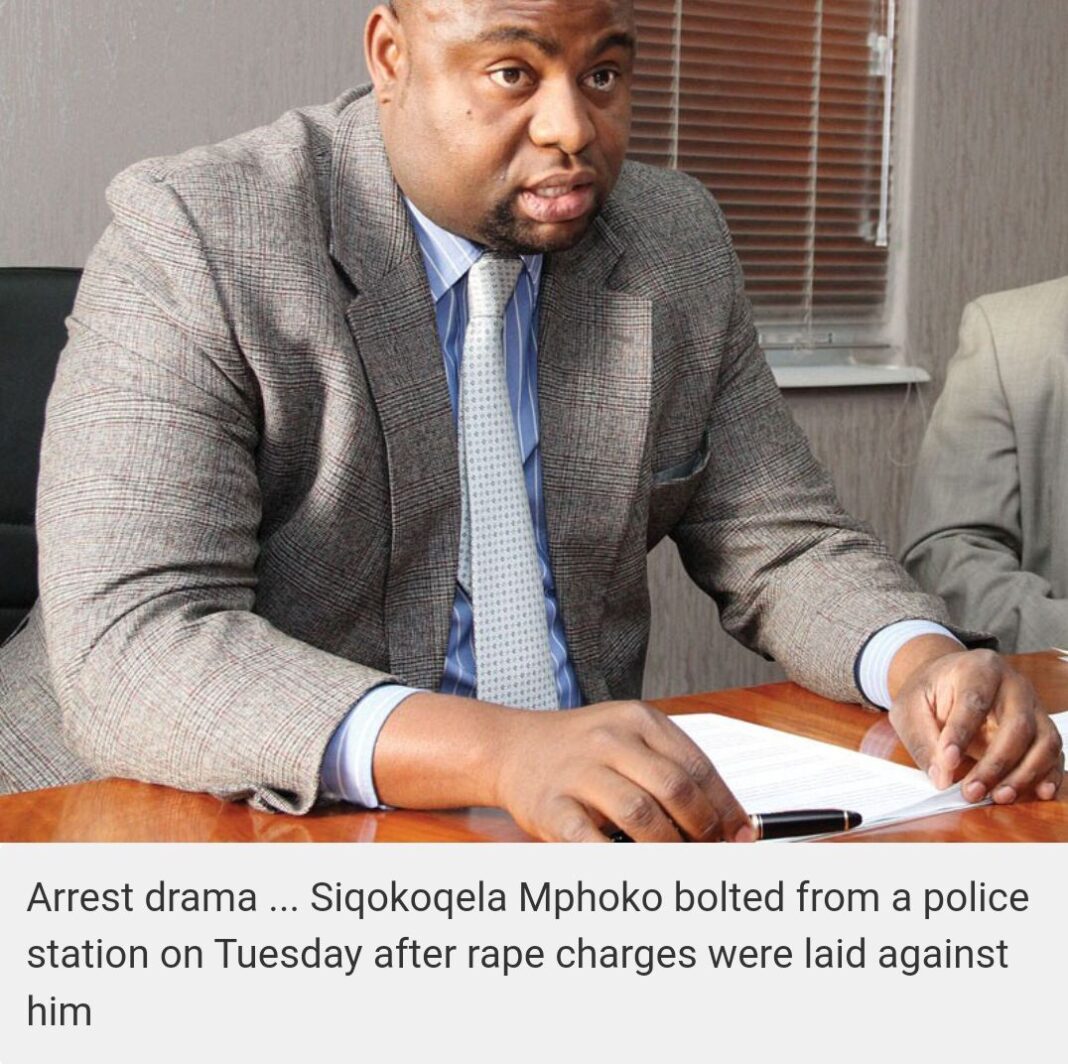 Siqokoqela Mphoko, the son of the former vice president Phekekezela Mphoko, was arrested on Tuesday accused of rape – but drove off from a police station before he was booked.

The former Choppies director said on Wednesday that he attended Hillside Police Station by appointment just after 5.30PM, at which time he was informed that he was being detained for the alleged rape of his 12-year-old niece.

He said he drove off because he did not understand why he was being detained when police had not done any investigation.

“The alleged crime scene is my house, but they have not been there. I was not in the cells; I went there voluntarily and they had not recorded my warned and cautioned statement. Why am I being detained when there’s no investigation? It was on that basis that I decided to leave, concerned too because the last time I was arrested over Choppies matters I was poisoned,” he said.

The married Mphoko, who pleads his innocence, said his lawyer Zibusiso Ncube was in discussions with the police for him to return to the station sometime on Wednesday.

The 12-year-old moved in with Mphoko and his family at the beginning of the second school term. “Her mother came back from South Africa last week saying she needed to get a new passport. All of a sudden there are these accusations which have no basis in truth,” Mphoko said.

He insists that the charges are a conspiracy involving the Choppies owners and their lawyer as well as his father, with whom he is not on speaking terms – he claims because he hid the identity of his real mother from him since birth.