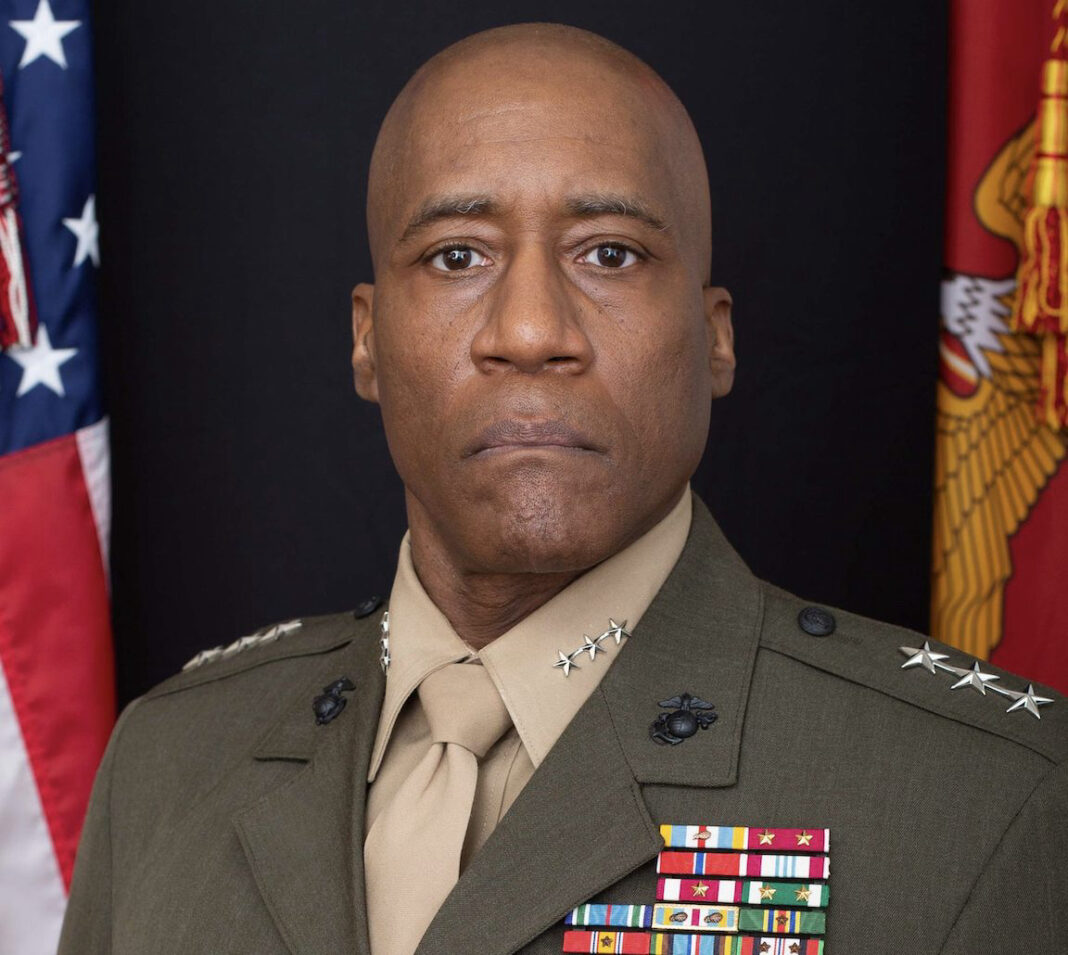 Newly appointed commander of the US military’s Africa Command (Africom), United States Marine Corps General Michael Langley, has paid his first visit to the continent since taking command on 9 August.

While in Somalia, Langley met leaders and troops at operational sites across the country to witness ongoing training efforts, and assess security and force protection measures, Africom said. He also met with President Hassan Sheikh Mohamud and Minister of Defence Abdulkadir Mohamed Nur, to discuss shared priorities and operations, such as the fight against Al-Shabaab.

“The United States supports the Somali government and its people. We are committed to working together to advance our mutual prosperity for our countries. I appreciate Somalia’s efforts in the fight against Al-Shabaab and look forward to continued partnership between our two militaries,” he said.

In Djibouti, Langley met with leaders discuss the variety of missions that stage out of Camp Lemonnier. He also met with President Ismaïl Omar Guelleh and Minster of Foreign Affairs Mahamoud Ali Youssouf and discussed how to strengthen the already strong US-Djiboutian relationship.

“The United States is grateful for the leadership Djibouti has shown through its contributions to the African Union Transition Mission in Somalia and the gracious hospitality the Djiboutians show to our troops. I look forward to continuing to foster our enduring, strong and cooperative relationship,” he said.

Finally, at Manda Bay, Kenya, Langley met with the US Ambassador, senior defence leaders stationed at the US Embassy, and leaders from the base to assess security and force protection measures.

“Cooperative Security Location-Manda Bay is an important operational base for US Africa Command forces in the region. The missions here are possible thanks to the exceptional relationship we have with our Kenyan partners and their commitment to regional security and stability,” he said.

General Langley was joined in his consultations by US Ambassadors to each country.