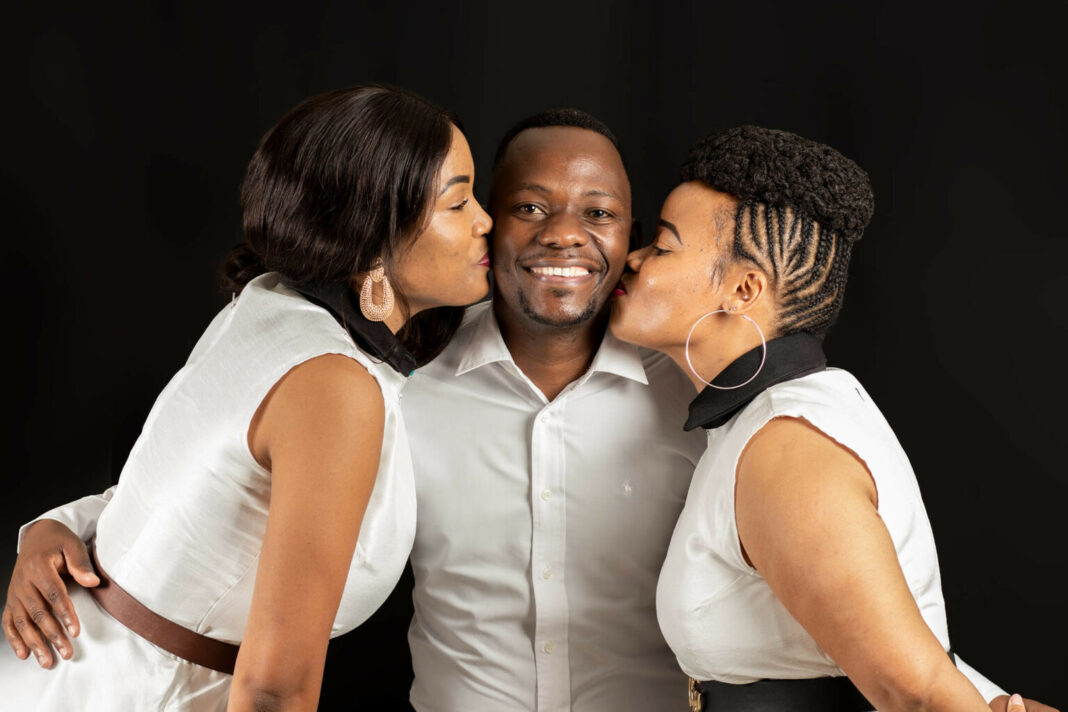 Kagiso, the first wife of Seraki Kemmonye Serakia, who is popular polygamist pastor from Botswana, has said people should not bash her husband for taking a second wife, Mpho.

The first wife made the statement in a recent interview with Botswana’s oldest magazine, Kutlwano, as she noted that their husband could have kept Mpho a secret but he chose to marry her instead.

“Do not be too quick to bash our husband. He could have kept Mpho a secret, but he chose to do the right thing, which is not alien to the African culture.”

Pastor Kemmonye became a topic of discussion on social media in 2020 after he proudly flaunted his two irresistibly beautiful wives which was strange because according to the Christian teaching, a man is not meant to have more than one Wife.

The whole saga started when a photo of the cleric dressed in identical shirts with his ladies appeared online.

The “throuple” sat next to each other during a family get-away. Their outfits collectively spelt out ‘LOVE’ and their faces radiated satisfaction.