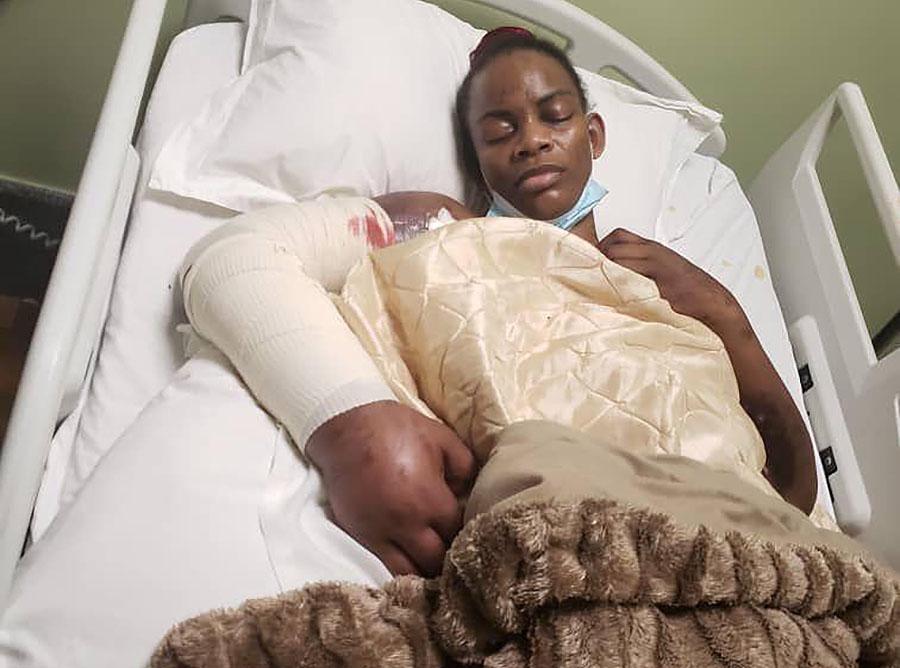 The vice president Constantino Chiwenga’s sick ex-wife, Marry Mubaiwa 40, was on Friday amputated part of her right hand at a private health institution after long consultation with her doctors.

The former model was diagnosed with acute lymphoedema which has caused large open wounds on both forearms. Earlier this year her doctors came to a conclusion that they cannot save her arm and that when she is medically fit they will have to amputate the right arm.

A diagnosis by Dr John Nyahunzvi said Mubaiwa has “severe sepsis secondary to deep infection after revision surgery to fix a re-fracture of right humerus shaft against a background of chronic sepsis in her forearm.”

Mubaiwa’s lymphoedema has caused swelling on her lower limbs including legs and both hands. She also has puss-filled wounds which caused her great pain and sleepless nights.

The daughter of former Dynamos chairman Kenny Mubaiwa has failed in several attempts to get the court to approve a medical flight to South Africa for advanced treatment of her condition.

She accuses her powerful former army commander ex-husband of manipulating the police and the judiciary in an attempt to put her in jail to stop her fighting for the custody of their three young children. Mubaiwa says she has not seen the children in over two years.