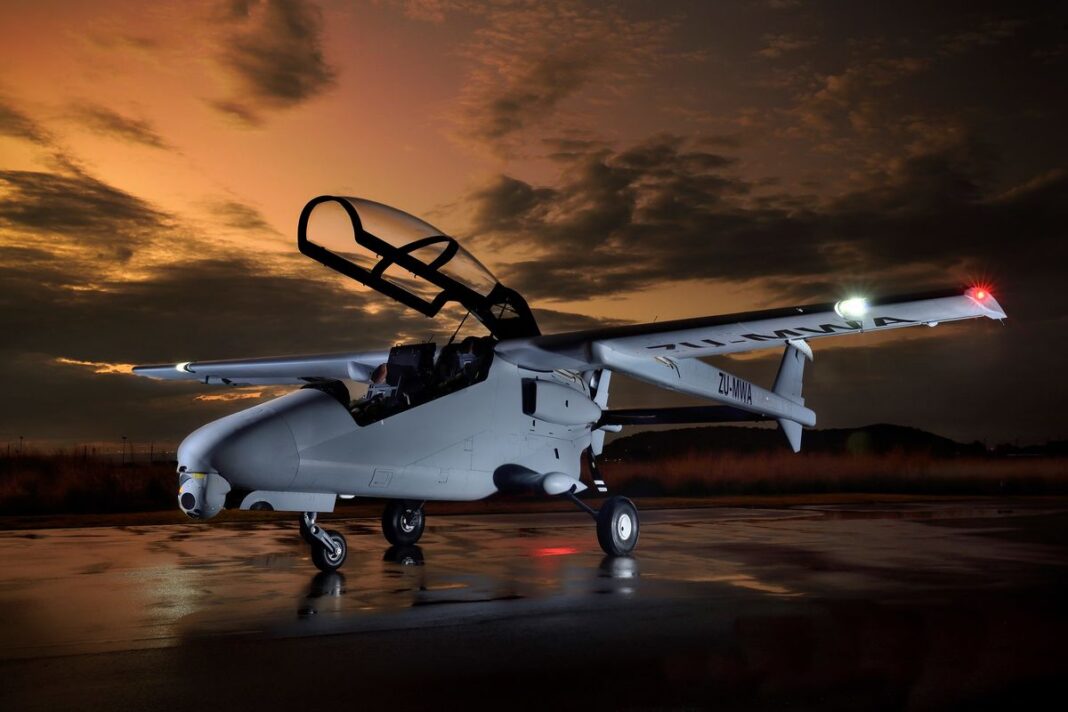 The Paramount Group has produced and sold the first military aircraft made in South Africa since the 1980s when state-owned arms maker Denel SOC Ltd. unveiled the Rooivalk, or red falcon, attack helicopter. Africa’s biggest privately owned defense and aerospace company said it’s won orders for the Mwari, a reconnaissance and precision-strike aircraft, and the first delivery will take place this week after an 11-year development period. Nine aircraft will be supplied to two air forces, the company said, saying it can’t yet disclose their identity.

South Africa built up an arms and aerospace industry during the apartheid era of Whites-only rule when it was subject to international sanctions and sought to bolster its defenses against both perceived foreign threats and an internal insurrection. That led to the development of everything from the Rooivalk to tanks and assault rifles. “We had this kind of unusual skill set, which had come about because of the mistake of history that was the apartheid-era aerospace industry.” Ivor Ichikowitz, Paramount’s founder, said in an interview. “And the skills set was inherent in people that were in their late fifties.

And we wanted to develop a project that would give us the ability to train the next generation of aerospace engineers.” Paramount is aiming to sell the Mwari, a word in Zimbabwe’s Shona language that means “the all knowing, all-seeing deity,” across the world where it can be used for counter-insurgency purposes as well as for other applications including maritime surveillance and anti-poaching missions. “We’re targeting any country in the world that has to deal with an asymmetrical threat,” Ichikowitz said in a reference to countries combating terrorists or rebels.

“We’re targeting any country in the world that is fighting against an enemy with a $30,000 land Rover. And they’re using a $150,000 stinger missile” to eliminate that. Sales of the aircraft are primarily aimed at emerging market nations that would prioritize affordability. It’s cost, excluding add-ons such as advanced avionics systems is about $10 million and it can be operated for $1,500 an hour of flying time. The two-pilot aircraft can carry as much as a ton of precision-guided arms and with a lighter load has a range of about 960 kilometers (596 miles) and a speed of around 435 kiometers-per-hour (270 miles-per-hour).

It has an interchangeable pod that allows reconnaissance and other equipment to be swapped out within two hours so that the aircraft can be used for different purposes. It’s competitors largely consist of re-purposed crop-sprayers, small passenger planes and training aircraft such as Embraer SA’s Super Tucano as well as unmanned drones. “The first sales have had been in Africa to a large extent because that’s where we see the biggest operational need,” Ichikowitz said.

“If you look at what’s going on in Africa right now, we have multiple environments where there are asymmetrical threats that that need a low-cost, highly efficient platform.” Governments in Mozambique in the south, Somalia in the east and across the Sahel region of West Africa are fighting Islamist militants, a number of African countries such as South Africa have lengthy coastlines that need patrolling and southern African nations are trying to halt the poaching of rhinos by sophisticated syndicates that operate in remote areas of the countries.