PUNCHSTARWE CHOOSE TO GO THERE
Home EDUCATION Afro Barometer study shows that Opposition is likely to lose in 2023... 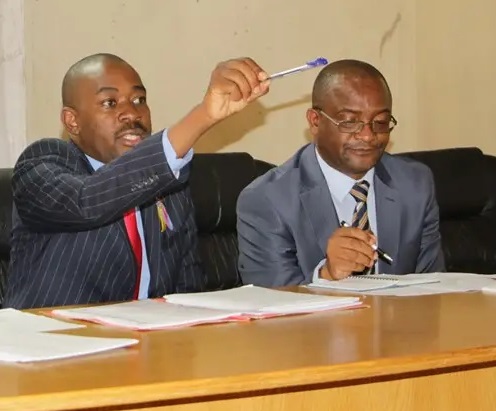 Youths, seen as impacted more by decisions of any sitting government and are considerably more amenable to change, will largely refrain from the ballot than their older compatriots, results further show. Zimbabwe’s main opposition will have to dig deeper to pull victory in the 2023 elections after results of a recent Afrobarometer survey have shown less enthusiasm to vote among youths and voters domiciled in provinces where the opposition is expected to leverage poll success.

Youths, seen as impacted more by decisions of any sitting government and are considerably more amenable to change, will largely refrain from the ballot than their older compatriots, results further show. According to the survey, people who say that they will “definitely” vote next year in the three Matabeleland provinces comprising Bulawayo, Matabeleland North and Matabeleland South form a combined 57 percent and average 19 percent per province.

This is different from provinces in which a majority has largely voted Zanu PF. “Midlands (80%) and Masvingo (78%) have the largest shares of ‘definite’ voters, while the smallest proportion is recorded in Bulawayo/Mat North/Mat South (57%),” reads the survey results in part. The country’s main MDC Alliance opposition, part of which has reconstituted to CCC, has had a more decent performance in Matabeleland provinces. In the 2018 elections, a then united MDC Alliance posted a combined total of 17 parliamentary seats in the three Matabeleland provinces against Zanu PF’s 21.

However, the story is completely different in provinces in which Zanu PF has a clearly strong support such as Midlands alone, where Zanu PF had 22 seats against MDC Alliance’s 5. In Masvingo, MDC Alliance just got 1 seat against Zanu PF’s 25. This means that the three Matabeleland provinces which got a combined 17 seats total can still not surpass the number of seats garnered by Zanu PF in just a single province. The opposition now has a bigger reason to lose sleep after the Afrobarometer survey revealed that people living in provinces where the opposition is expected to perform better are more reluctant to vote in 2023.

“But young citizens are considerably less likely than their elders to report being registered, and only slightly more than half of 18- to 35-year-olds say they will probably or definitely vote.” The report adds, “The middle-aged (83% of those aged 36-55 years) are more likely to be registered than either their younger counterparts (54% of those aged 18-35 years) or the older generation (72% of those aged 56 years or more). “Slightly more women (70%) than men (66%) say they are registered to vote.

“Mashonaland Central has a larger proportion of registered adults (89%) than any other province.” Afrobarometer is a pan-African, non-partisan survey research network that provides reliable data on African experiences and evaluations of democracy, governance, and quality of life.