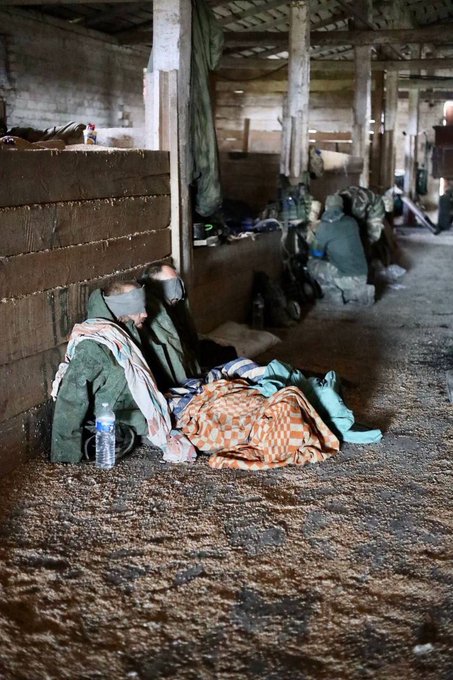 In the last two days the glorious army of Ukraine has been methodically enveloping the Russian soldiers in the strategic city of Lyman and since last night the soldiers we banging at the gates of the eastern city of Ukraine. Earlier today videos started circulating online with Ukrainian soldiers heroically storming the city where thousands of Russian soldiers are said to have been trapped.

Those that tried to escape are meeting a brutal fate of ambush and artillery already set up by the Ukrainian special forces hiding in the deep forest near the eastern city. The humiliations of Russian forces come a day after Putin declared that four provinces of Ukraine now belong to Russia including the city of Lyman which is under the Donetsk oblast.

The declaration which is not worth the paper it is written on did not last even a day longer in Lyman as Ukraine step up its attacks on Russian soldiers in the east. Just last week, Russia was defeated in three major cities in Kharkiv oblast in what Putin characterized as regrouping. During the operation, Ukraine captured thousands of Russian soldiers and hundreds of tanks, armored personal carriers, BMPs, and artillery pieces of equipment.

The latest setback comes at a time when Russia is trying to juice up its armed forces with nearly 300 000 mobilized civilians who have been called to replace the soldiers wounded and killed as well as boost the numbers at the frontlines. However many military commanders from other countries who are analyzing the situation do not believe that the number of poorly trained civilians can change anything in Ukraine.

Even if Putin was to pour the whole Russian population into the abyss of the battlefield in Ukraine, it will not change anything because most of the Russian soldiers are poorly trained, demoralized, and don’t believe in the cause that Putin is manufacturing as the reasons they should fight their neighbors.