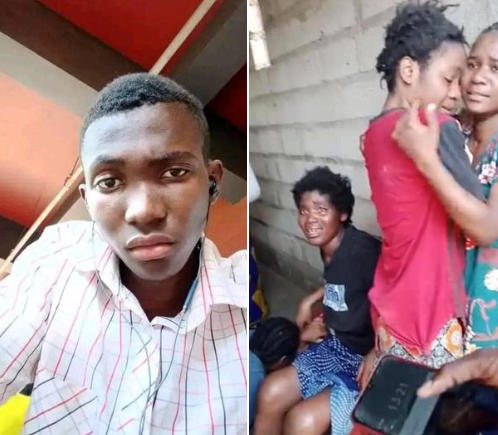 There was Hollywood type action in Zambia yesterday in Chalala staring Agness Kapwaya and Robby Chitambo leading to the rescue and release of Pamela Chisumpa the mobile money agent and twelve other girls aged between seventeen to twenty eight years old. By the time the Zambia Police arrived the abducted girls had already been rescued by Agnes and Robby.

The official statement from Zambia Police reads in part, “With a sense of relief I would like to inform the nation through you the press that today the 3rd October, 2022 we have managed to safely rescue Pamela Chisumpa together with thirteen other ladies that were held captive in a house in Chalala area of Lusaka……. This was after a long protracted investigation that we have continuously pursued since April this year when she was abducted along Cairo road in Lusaka.”

Agnes one of the victims was the first to escape from the house after she managed to unchain herself and jump over the drywall. She tried to seek refugee on the next door house where Robby Chitambo saw her and recognize that she is the girl who has been missing since April. He took an axe and mobilize some of his friends to storm the house where the rest of the girls were chained. They capture one of the criminals before calling the police.

Agnes could have been hurt and they caught her escaping while Robby was extra brave and mobilized friends to go rescue the other girls including Pamela. Agnes risked her life escaping and so did Robby taking the matter in his own hands raiding the captive house. They raided without any sophisticated weapons but just an axe. Some have called for President Hakainde to take steps and honor Agnes and Robby for their bravery and selfishness.

President Hakainde would not even need to explain to the Zambian people why he is giving Agness and Robby the award. Everyone agrees that Robby and Agnes, who scaled the wall to save the abductees, are our Zambian ‘Spider-Man’ and ‘Spider-woman’ commented some on social media.