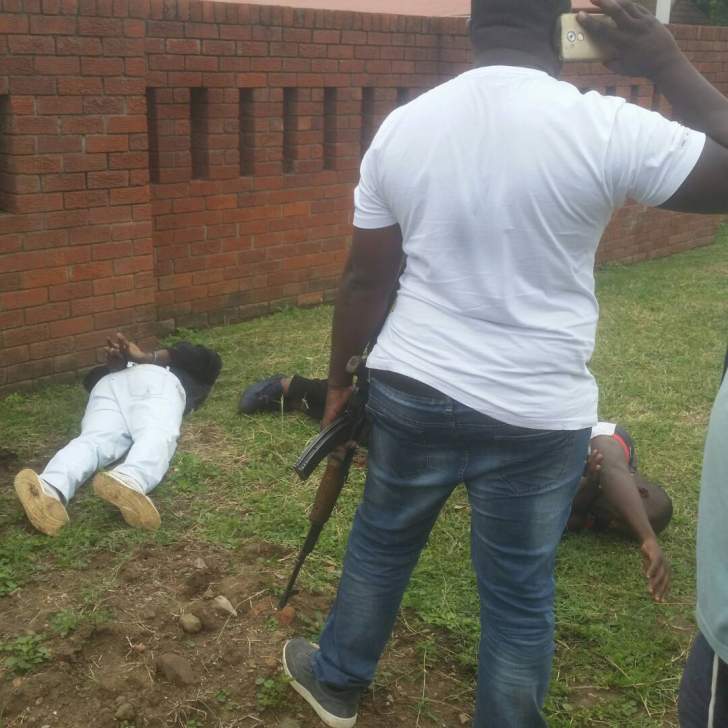 When Lloyd Nyoni* returned to Zimbabwe from South Africa more than two decades ago, he was a fresh-faced, immaculately dressed man in his early 30s. Nyoni quickly established himself in a Bulawayo neighborhood as one who had put in the hours in a foreign land. He had in triple every household possession imaginable and purchased a four-roomed house in a neighboring township, an impressive achievement in a place where unemployed young men were witnessing Zimbabwe’s rapid economic decline.

It wasn’t long before there were whispers about Nyoni’s source of the good life: he had obtained illegal firearms in South Africa and was using them for armed robbery in Bulawayo. At the time, Bulawayo’s daily newspaper reported cab drivers being shoved into the boots of their taxis at gunpoint, and their cars and day’s takings stolen. Nyoni was said to be behind the crimes, and had started recruiting local youths.

This was a period in the city where gun-related crime was uncommon. Nyoni was eventually caught by detectives while having a “nice time” with his girlfriend, as reported by a local daily, and a bag of cash was found in his possession. He died of tuberculosis in 2003 inside the intimidating walls of Khami Maximum Prison on the outskirts of Bulawayo, unidentifiable by his relatives. It was a cautionary township tale.

Fast forward more than 20 years and armed robberies are the new game not just in Bulawayo — the country’s second city long considered to have historical ties with South Africa — but across the country. While Nyoni’s era of gun-toting bandits rarely claimed lives, today’s criminal enterprise has assumed a deadly recklessness.

In May last year, armed robbers pounced on a liquor outlet in Bulawayo’s suburban Ascot shopping center and shot and killed a female cashier. According to the Zimbabwe Republic Police (ZRP), between January and October 2021, 922 armed robberies were reported across the country, up from 744 the previous year during the same period. According to the 2019 Zimsats Quarterly Digest of Statistics, 429 armed robberies were recorded in 2017. The number spiked to 1 022 in 2019.