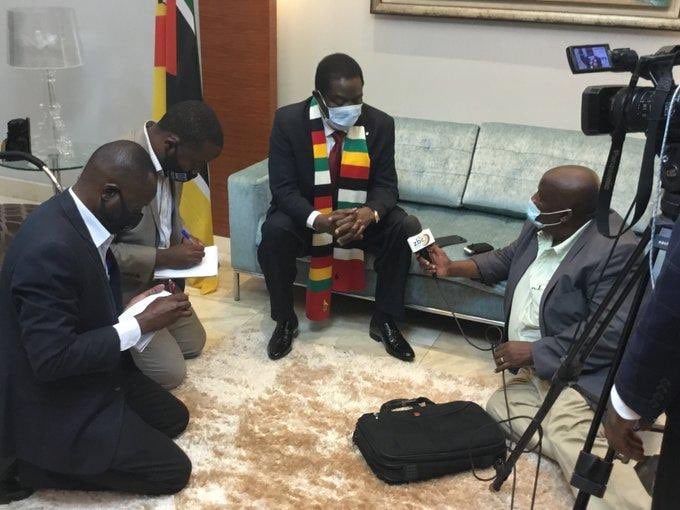 The ZBC is paying its employees salaries below the minimum set by the National Economic Council – and now workers are demanding a meeting with President Emmerson Mnangagwa. The state broadcaster’s workers committee on Thursday wrote to Nick Mangwana, the permanent secretary in the ministry of information, requesting a meeting with Mnangagwa to “hand over a petition and highlight several issues that have been affecting them.” Workers say they are “incapacitated” and morale is at an all time low after repeated requests to information minister Monica Mutsvangwa and Mangwana to solve their problems were ignored.

In the letter dated October 6, the workers listed among their “main issues” the “collapse of the relationship between employees and the CEO” Adelaide Chikunguru, who was appointed to the role in June last year. “ZBC workers have since declared incapacitation and are requesting your office to facilitate a meeting with the head of state to hand over a petition and highlight several issues that have been affecting them,” the workers committee wrote. The workers said they had not been paid their Covid-19 allowances for five months, and the ZBC had fallen behind in pension payments. The ZBC also failed to “abide by NEC minimum salaries” and is completely “unprepared for the 2023 elections period” with no resources, transport, equipment, and low staff morale.

They also allege the abuse of company resources including fuel and excessive hiring of vehicles which is draining the broadcaster’s coffers. Staff who complain are victimized, while others have left for better rewarding jobs, they said. The workers also say standards have “nosedived” at the ZBC, which is 100 percent owned by the government and is tightly-controlled by the ruling Zanu PF party. The ZBC’s main revenue streams are license fees and advertising. Zimbabweans, who see the ZBC as Zanu PF’s propaganda arm, have resisted paying license fees and the corporation’s earnings from advertising remain negligible. It remains unclear if the workers will be granted an audience with Mnangagwa.