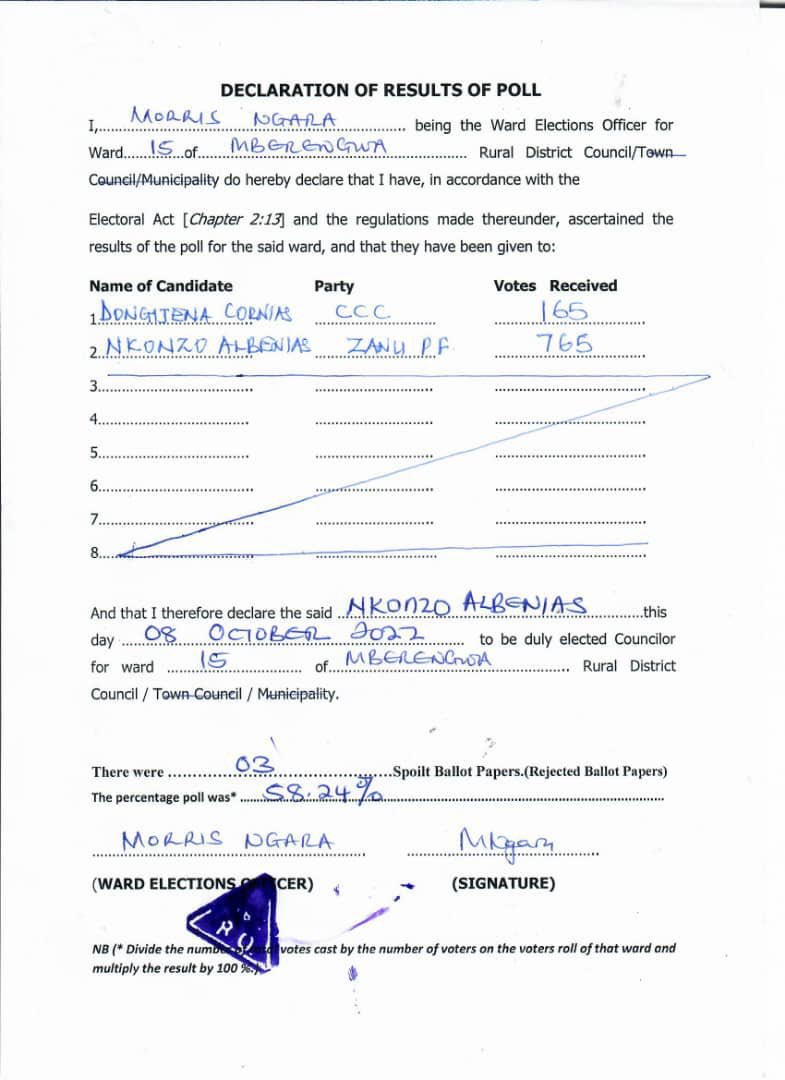 There is a growing concern among opposition supporters that their parties are likely to lose again in 2023 against the rejuvenated Zanu PF. If the recent by-elections can be used as a reasonable metric to judge the voters’ preferences one can conclude that Zanu PF has still had a robust rural presence.

The popularity of Zanu PF in rural areas is the least of the opposition parties’ concerns, low voter registration especially among young people under the age of 35, and lack of resources to fully fund the candidates in 2023 are some of the main challenges for the opposition. Opposition parties can offset Zanu PF numbers in rural areas by running a voter registration campaign in urban areas where they have robust support among young people.

As highlighted by the journalist Hopewell Chin’ono in his reaction, Zanu PF is still rationing the opposition (Now CCC) and other smaller parties by similar margins to 2018. So without many resources to launch a robust voter registration campaign in rural areas, the opposition might as well just focus on urban areas.

Here are some of the reactions to yesterday’s Zanu victories