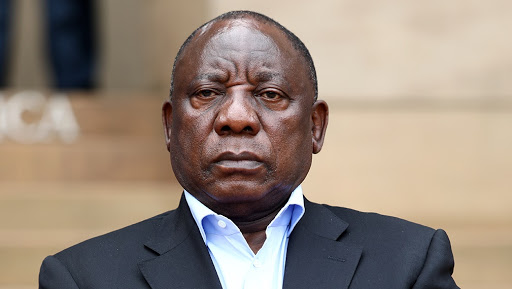 President Cyril Ramaphosa’s problems keep on mounting as he prepares to secure a second term as ANC president. While having to defend and wiggle his way out of the Phala Phala robbery debacle and subsequent probes that have come with it, another case has been opened against Ramaphosa. Businessman, Reuben Sekwele, has opened a criminal case against Ramaphosa at Booysens police station in Johannesburg for allegedly stealing his intellectual property. Sekwele, the CEO of Rubbytad Group, an independent power producer, claims that Ramaphosa stole his business plan which he had submitted as an unsolicited bid. He claims Ramaphosa then used it as part of the national energy plan.

The businessman claims he hand-delivered his business plan to Ramaphosa around 2018 and they even had a photo opportunity of the handover. Sekwele claims that Ramaphosa introduced him to other government departments as the president was apparently happy with his business plan and that the businessman communicated with those departments through a series of email messages. Sekwele yesterday told the Sunday Independent that he was forced to open the case against Ramaphosa after the president and other government departments endorsed and used his information as theirs. Sunday Independent understands Sekwele opened a case against the president and three other departments.

“I have opened the case for theft of my intellectual property against the president and I am prepared for the war because I know they unleash snipers, in a form of journalists and commentators to character assassinate me,” he said. Sekwele refused to give more details about the case or departments involved, saying that he wants to give police room to do their investigation without interference. Police spokesperson, Colonel Athlenda Mathe yesterday confirmed that a case of theft of intellectual property was opened at Booysens police station against the president. “The SAPS confirms that a case of theft of intellectual property has been registered at the Booysens police station on September 28, 2022,” Mathe said.

This case comes after former state security director-general Arthur Fraser opened a criminal case in June against Ramaphosa and his head of security, General Wally Rhoode, for kidnapping and torture following the theft of undisclosed American dollars at the president’s Phala Phala farm in Bela-Bela, Limpopo in 2020. Fraser claims five Namibian nationals broke into the president’s farm on February 9, 2020, and stole the money that was concealed in furniture and that Ramaphosa and Rhoode never reported the matter to the police.

Fraser added in his affidavit that Rhoode ran a clandestine operation using state resources where a police grabber was used to pin and trace the robbers at a house in Milnerton, Cape Town where the men were allegedly tortured to confess to their crime. Fraser claims the robbers, after surrendering some of their loot, were paid R150 000 each to keep silent about their alleged torture and the robbery.

Ramaphosa admitted that there was indeed a robbery at his farm and that he tasked Rhoode to report the matter to the police. The matter is being investigated by the Hawks and the Public Protector. Ramaphosa is also facing possible impeachment in parliament for allegedly abusing his executive powers. Ramaphosa spokesperson, Vincent Magwenya, on Saturday said the presidency would await the police investigation to unfold and respond accordingly since a criminal case was opened.

The energy plan that was presented by the President was a culmination of engagements with several stakeholders within government and the private sector. In the main, the plan focused on accelerating existing processes that will result in the addition of more megawatts into the grid.” “Furthermore as stated before, the plan focused on placing Eskom on an optimal operating level in order to reduce load-shedding.

At no time did any responsible government department invite or call for “business plans” that will aid the resolution of the country’s energy crisis. The stabilisation of the country’s grid and increase in generational capacity involves a multitude of elements and in most instances quite complex, as well as State entities. I’m uncertain as to how a ‘business plan’ from an individual would have solved all of those elements and their complexities for government,” he said.

Magwenya added that he was not sure how that “business plan” would have interfaced with state procurement regulations. He went on a tirade berating the publication and its mother company. “As a general observation, it has become fashionable for some individuals to make any wild claims against the President and know that those claims will find attention and expression in a media platform such as the Independent that maintains an open confrontational disposition towards the President and his administration,” he said.