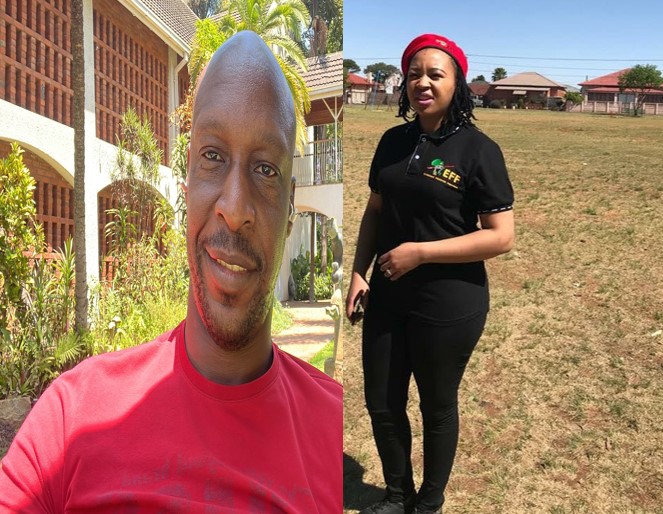 In a now-deleted tweet, Rutendo Matinyarare accused Rakgadi of being a prostitute and having a child with a Naija out of wedlock which Rakgadi said its all false. Rutendo Matinyarare went further and say that Zimbabwean girls are getting married and master’s degrees while Rakgadi was being unproductive.

The irony is that it’s the same Rutendo who often criticizes some South African for harboring xenophobic views and is now insinuating that marrying a Nigerian man in being unproductive and can not be classified as marriage. The shameful vitriol acts by Rutendo Matinyarare and people like him are sometimes the reasons why Zimbabweans are hated in foreign lands. Needless to say that few minutes after Rutendo launched such attacks the xenophobes were already camping in the Rakgadi comments section reminding her why she should stop standing in solidarity with foreign nationals.

Here are some of the reactions to the pair’s squabbles:

@nyathi: My dear sister. This guy is a fool who benefited from the hospitality of South Africa 🇿🇦. When he was caught that he had fraudulent documents he ran back to Zim. This one is not worth your energy. He is a propaganda machine and nothing good comes from him. IGNORE HIM

@ALUTA: We warned you about foreigners, particularly Zimbabweans 🤔🤔🤔and you blocked all patriots for foreigners.

@w_mtee: How come?? your brother’s?? you even insult South Africans for them, so now they’re showing you flames, bathong, we South Africans asizingeni it’s your dearly loved brother’s, your family affair, akere ausi 🤷🏽…