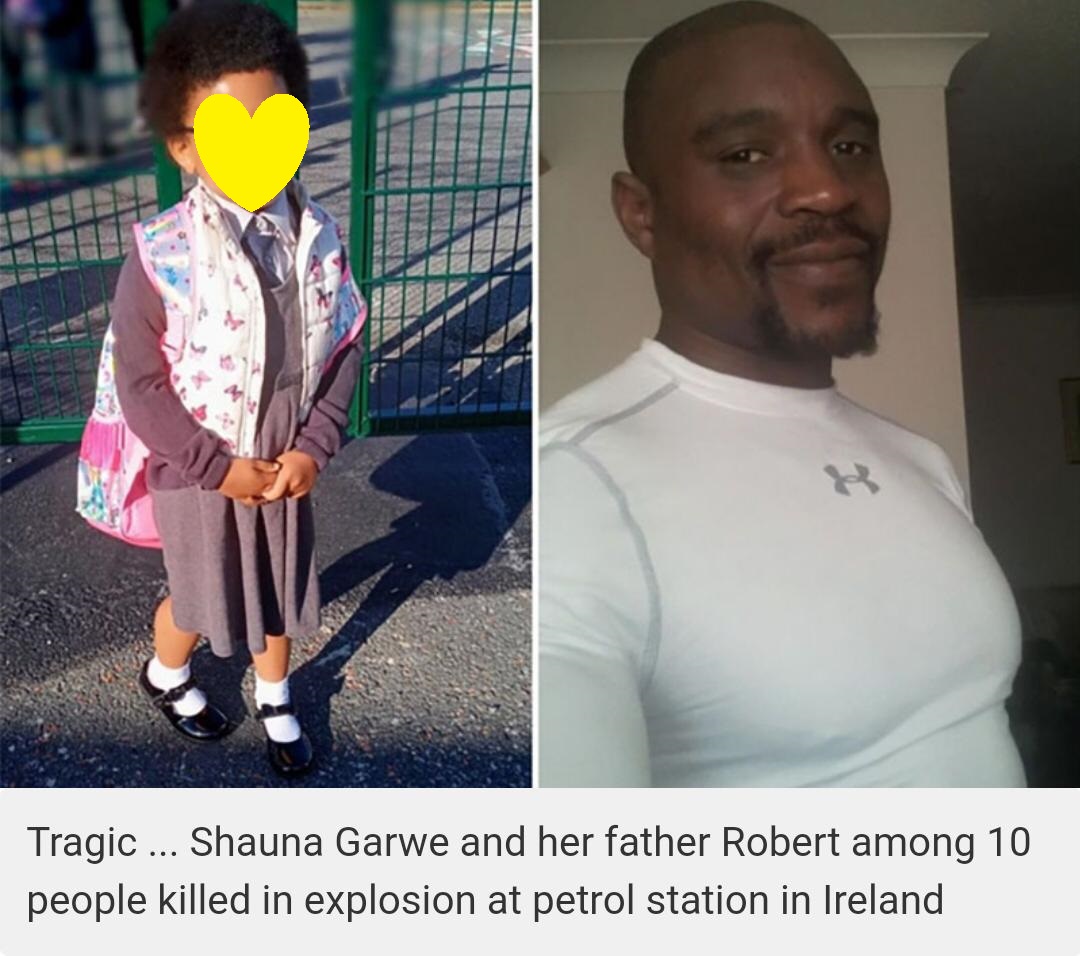 A 50-year-old Zimbabwean man and his daughter, 5, are among 10 people killed on Friday in an explosion at a petrol station in the Irish county of Donegal. The explosion happened shortly after 3PM local time at the Applegreen petrol station on the outskirts of the village of Creeslough.

Eight people are being treated in hospital, including one with critical injuries who was airlifted to Dublin. On Sunday, police released the names of the 10 victims, among them Robert Garwe and his daughter Shauna Flanagan Garwe. Shauna and her father had popped into the petrol station shop to buy a birthday cake for her mum.

“We have to keep an open mind as a police service in how we investigate this but our information at this point in time is pointing towards a tragic accident,” Superintendent David Kelly told a news conference.

Irish Prime Minister Micheál Martin said the incident was an unspeakable tragedy for a small community of just a few hundred people.

“People across this island will be numbed by the same sense of shock and utter devastation as the people of Creeslough at this tragic loss of life,” Martin said in a statement late on Friday.

“I wish to express my deepest sympathies to their family, and friends, and to the entire community of Creeslough, on this darkest of days for Donegal and the entire country.”

Local Sinn Fein lawmaker Pearse Doherty said at the scene on Friday that the “massive explosion” was heard from miles around.

As the only supermarket in the village, and home to a post office and hairdressers, he said the station would have been very busy just at the end of the school day.