PUNCHSTARWE CHOOSE TO GO THERE
Home Citizen Letters Job Sikhala cries, said he is starving in prison as CCC failed... 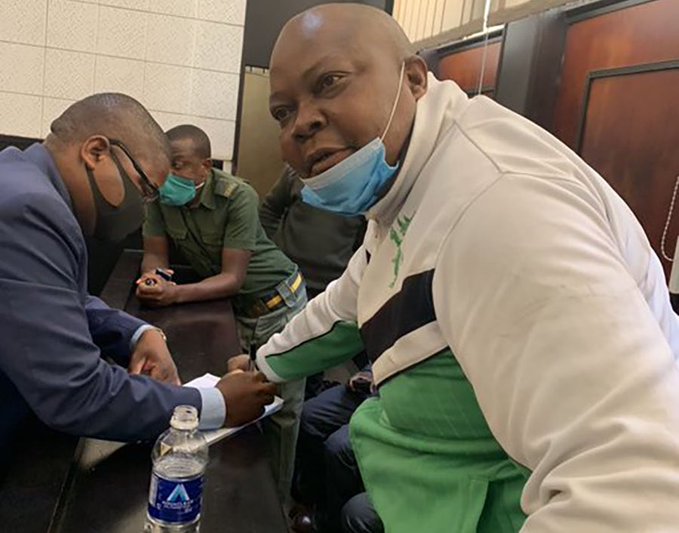 Job Sikhala who is in prison without trial has broken down in tears to the investigative journalist Hopewell Chin’ono who was visiting him today. The Chitungwiza legislator said that although he was thankful to thousands of Zimbabweans who remember him in prayer and have participated in the GoFundMe program to pay the school fees for his children, all was not well financially.

Teary Sikhala said that he was starving in prison as there was little to no food which was coming because of his financial status. Sikhala is on record saying that because of poison fears he will not eat at the prison facility and rely heavily on donations from well-wishers. Judging from what he told Hopewell, the whole CCC party and his work colleagues are failing to feed him and his compatriots in the struggle for a just Zimbabwe.

Job Sikhala works and Biti Law Firm and it’s not clear if he is still getting paid at his workplace. More so as a senior lawyer it’s appalling that his workmates are not coming in to help and worse his party. The brutal truth is that his party leadership has failed Job Sikhala, the national chairperson of a political party should not struggle to eat three meals a day.