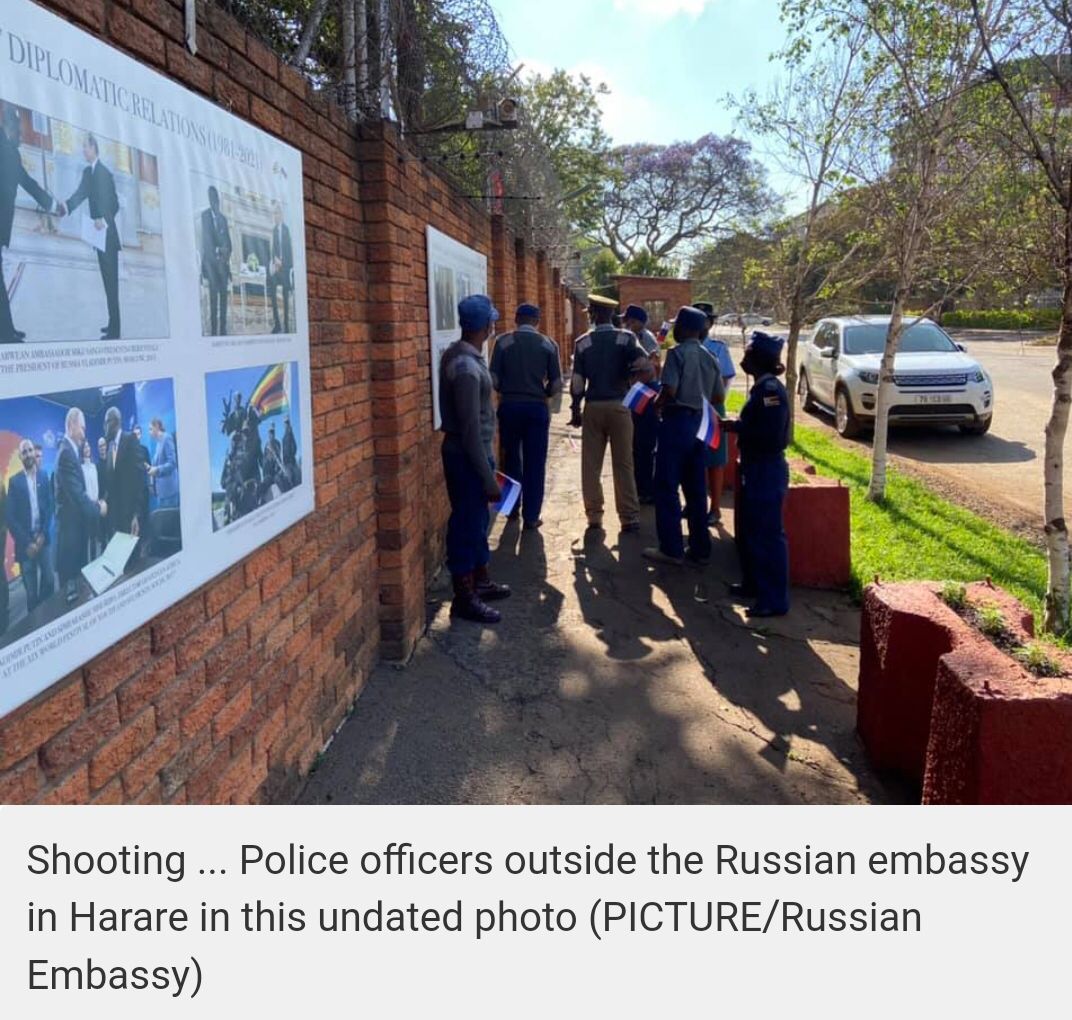 A man was shot and rushed to hospital on Wednesday night after allegedly trying to disarm a security guard at the Russian embassy in Harare, witnesses said.

Police were called to the embassy on Fife Avenue at around 8PM following reports of a shooting.

Officers arrived to find a man lying on the ground after being shot at least once.

A neighbour said: “There was a sound of gunfire and we all rushed outside. Not long after there were emergency vehicles with sirens and the scene was quite crowded.

“A man, who had been shot, was taken away by ambulance. He appeared to be barely clinging to life.”

Another witness said that the man was wearing Zimbabwe army uniform.

“Everyone was saying he’s a soldier,” the witness said.

“Security staff at the embassy didn’t know him, he certainly doesn’t work there.”

It was not immediately clear if the man had survived the shooting, as law enforcement agents urgently worked to unravel his identity and his motive.

Russia is one of Zimbabwe’s strongest international allies, as both countries fight isolation by western nations over human rights abuses.