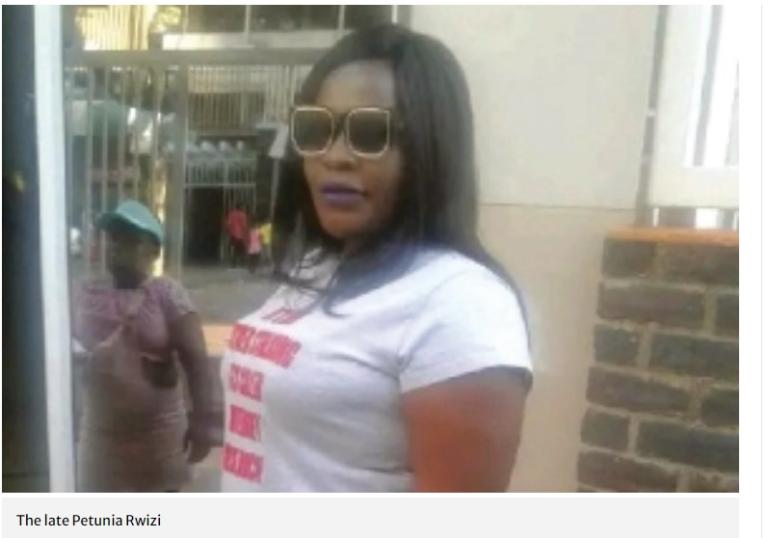 Alick Macheso’s former lover, Petunia Rwizi, to whom he dedicated one of his popular songs, Petunia, has died. Petunia died at the age of 45. Petunia recently succumbed to cancer and was laid to rest on 11 October at her rural home in Dirikwe Village of Nyanyadzi in Chimanimani District, according to Manica Post.

Macheso and Petunia have one child named Munashe who was born in 2000, the same year the song Petunia was released. Mourners who gathered at Petunia’s rural homestead for a three-day funeral wake would often break into song and dance, with the hit song “Petunia”, being the soundtrack of the funeral. Brother to the deceased, Isay Rwizi, spoke to Manica Post:

Most people who knew my sister well pleaded with us to have some sort of a funeral party for Petunia. They played Alick Macheso’s music throughout and danced. Apart from the suggestive dances, we saw nothing wrong with that because we all know that the two, Macheso and my sister Petunia, once had an affair and they had a child together.

Macheso also assisted Petunia with her hospital bills, long after her relationship with Macheso had ended, according to The Weekender. The sungura maestro is also said to have contributed towards Petunia’s burial. Isay Rwizi said:

During the days she was unwell, Mai Shero (Macheso’s wife) gave our sister some financial assistance and we appreciate such humility.

In the song “Petunia”, Macheso expresses his deep love for the woman. Back then, the rumour mill had it that a Chipinge man only identified as Garikai, who is also now late, was in a relationship with Petunia when Macheso came into the picture and he dumped her. Macheso is said to have dedicated “Madhau” to a lover who was based in Marondera, while “Monalisa” hailed from Bulawayo and “Tafadzwa” traces part of her upbringing to Mutare.