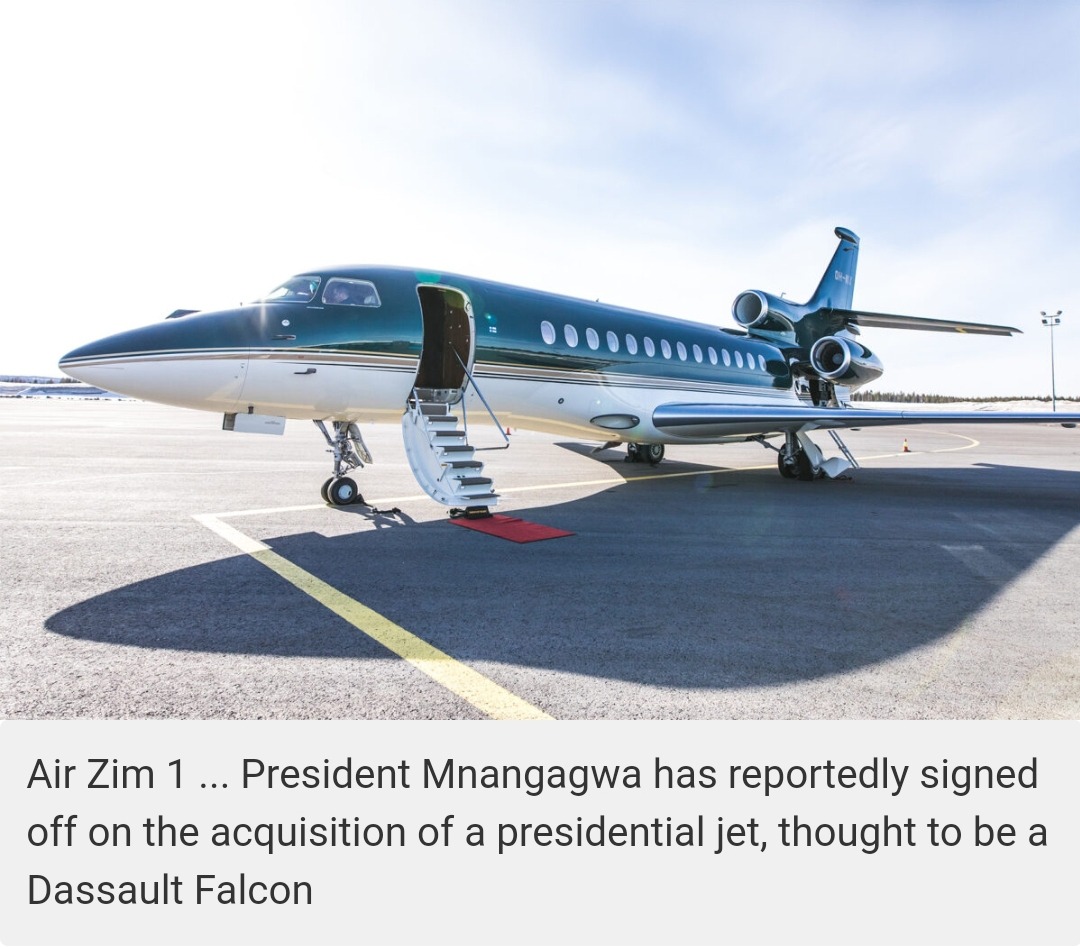 President Emmerson Mnangagwa has approved the acquisition of a presidential jet.

The aircraft is a long-range Dassault Falcon, military sources said.

“It has already been bought, and pilots have left the country to undergo training. It should be in service very soon,” a source said.

Officials at treasury reportedly agreed to the acquisition after their analysis showed that in the long-term, it was cheaper than chartering planes.

Our source did not know how much was paid for the aircraft, only that it was one of the long-range Falcon jets.

The government is also buying four helicopters for “VIP transport.”

Mnangagwa’s spokesman George Charamba said he had no knowledge of the transactions.

“Not to my knowledge. I’m not yet advised,” Charamba responded tersely.

In April last year, the Air Force of Zimbabwe acquired an upgraded Eurocopter AS-532UL Cougar for Mnangagwa’s use for travel to remote districts ahead of next year’s gruelling election campaign.

The aircraft acquisitions in the midst of a raging economic crisis and grinding poverty will raise fresh questions about the government’s priorities.