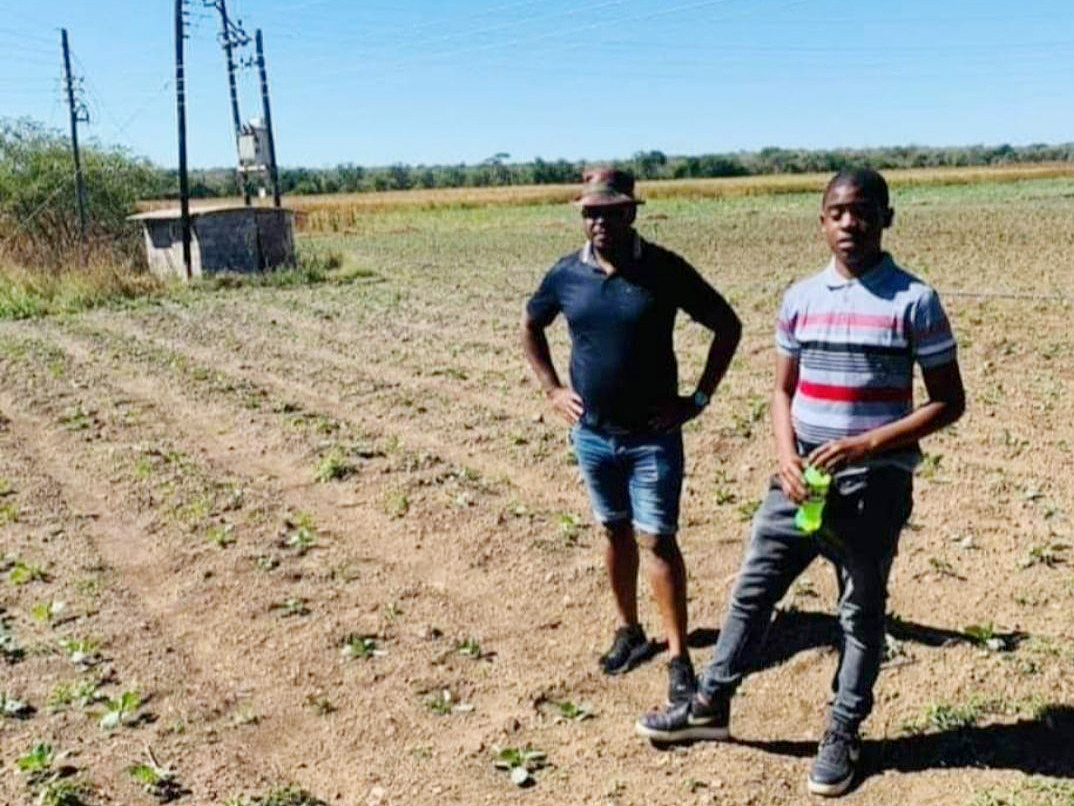 A university lecturer who took part in the invasion of the privately-owned Esidakeni Estate in Nyamandlovu has been ordered by a court to compensate the farm’s owners for US$340,000.

Esidakeni’s owners, including the human rights activist and lawyer Siphosami Malunga, sued Dumisani Madzivanyati for “forcefully and unlawfully” occupying the farm and driving their workers out.

The three men said 150,000 planted tomatoes and 65,000 butternut crops were destroyed after Madzivanyati “tampered with the irrigation system and deprived crops of water during the critical reproductive stage.”

Justice Martin Makonese of the Bulawayo High Court found against Madzivanyati after the National University of Science and Technology lecturer did not oppose the lawsuit by Malunga and his business partners Charles Moyo and Zephaniah Dhlamini, a scientist at the same university.
In an unreported ruling made on September 16, Justice Makonese ruled:

“Whereupon, after reading documents filed of record, and hearing Ms K. Mpofu for the plaintiffs, it is ordered that Madzivanyati pay to Malunga, Moyo and Dhlamini the amount of US$339,660 or the equivalent amount in Zimbabwean dollars at the applicable interbank rate on the date of payment.”

Madzivanyati must also pay costs of the suit, the judge added.

In their lawsuit, the three business partners said during the occupation, Madzivanyati “was aware that his conduct would cause significant damage to the plaintiffs’ crops but persisted regardless of this knowledge.”

“As a result of being deprived of water for a significant period at the critical reproductive stage, the crops experienced wilting and drying off of foliage, flower abortion and underdeveloped fruits which could not develop to marketable size and grade,” they said.

Lands minister Anxious Masuka, in a December 2020 decree, said he had compulsorily acquired the 554-hectare Esidakeni Estate for resettlement under a constitutional provision allowing the government to seize land without compensation, except for improvements.

Malunga, Dhlamini and Moyo were not informed of the decision until months later, in 2021, when lands officials arrived at the farm to advise them that it had been allocated to 12 other people, including the Zanu PF secretary for administration and former mines minister Obert Mpofu.

The three partners went to the High Court to challenge the gazetting of the farm and the matter is pending.

Madzivanyati, who says he is one of the beneficiaries, moved into the farm and began planting a maize crop. Esidakeni’s owners secured a court order for his eviction pending the outcome of their appeal, but he defiantly stayed put.

Mpofu also subsequently occupied the farm and planted a maize crop after putting armed guards at the entrance. The High Court and the Supreme Court ordered his eviction, and the restoration of Malunga, Moyo and Dhlamini back on the property.