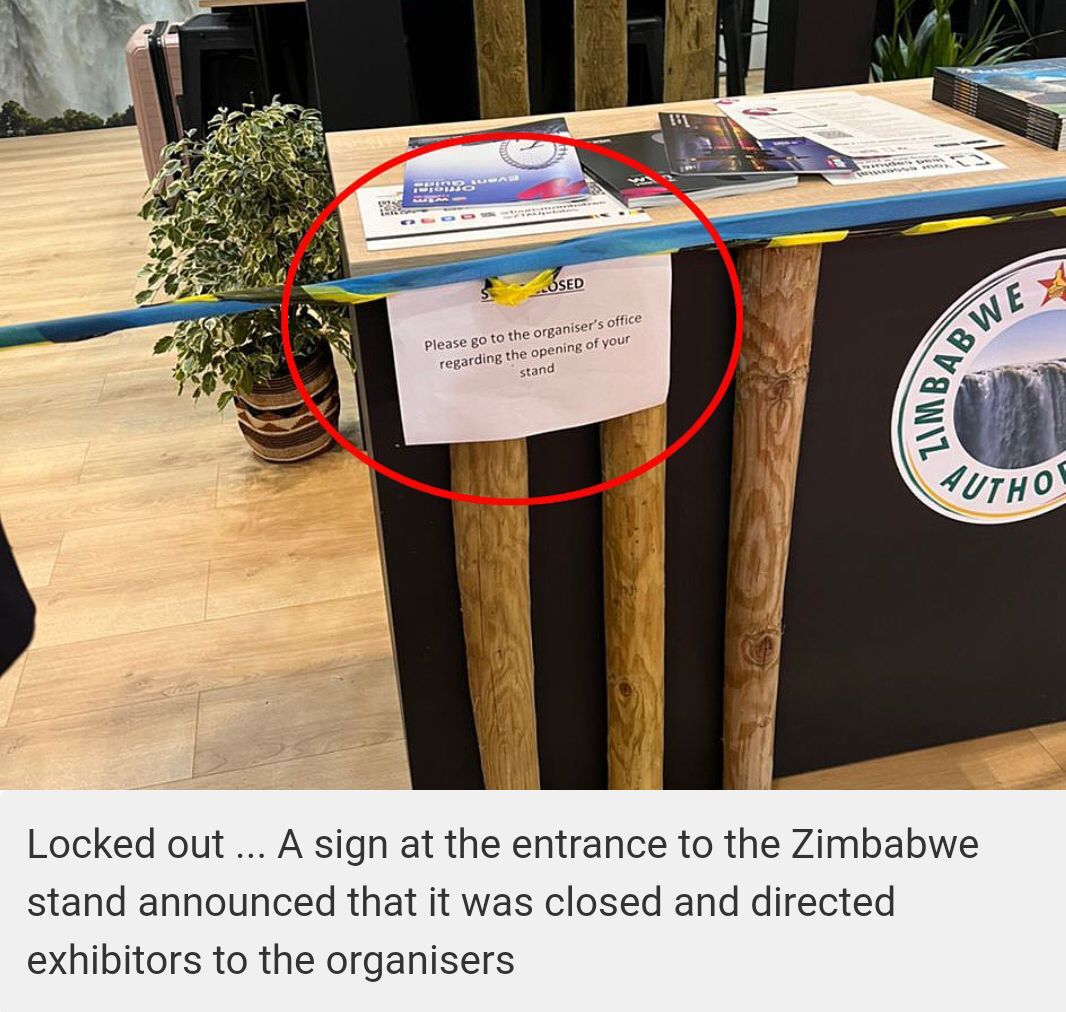 Zimbabwe suffered major international embarrassment at the World Travel Market in London on Monday after exhibitors from the country were temporarily shut out due to failure to pay. The Zimbabwe Tourism Authority (ZTA) charged Zimbabwean exhibitors an average US$2,500 to market their businesses at the annual expo – but when they turned up on Monday, they found the country’s stand taped off.

A typed notice said: “STAND IS CLOSED: Please go to the organiser’s office regarding the opening of your stand.” An embarrassed deputy tourism minister Barbra Rwodzi reportedly made payment arrangements after arriving at the ExCeL London in Canning Town to find Zimbabwean delegates stranded.

The stand was re-opened after a two-hour wait. At least two of the dozen exhibitors pulled out in frustration, a source said. ZTA spokesman Chief Koti said they were aware of the problem but declined to comment. A tourism ministry source however claimed “sanctions” had prevented ZTA’s payment from going through. “We’ve been trying to pay for the last two weeks but CBZ is a marked bank and attempts to pay have been repeatedly frustrated. We have the money, but these are some of the consequences of sanctions,” the official said, declining to be named.

The claim could not be independently verified. Exhibitors at the Zimbabwe stand include safari companies and hotels. One exhibitor said: “The government makes a lot of noise about promoting brand Zimbabwe but even by their very low standards this is hugely damaging. The Brand Zimbabwe rhetoric is not matched by actions.” The World Tourism Market London runs from November 7 to 9.

Now hiring: US is struggling to find workers despite Biden opening the border to million of migrants