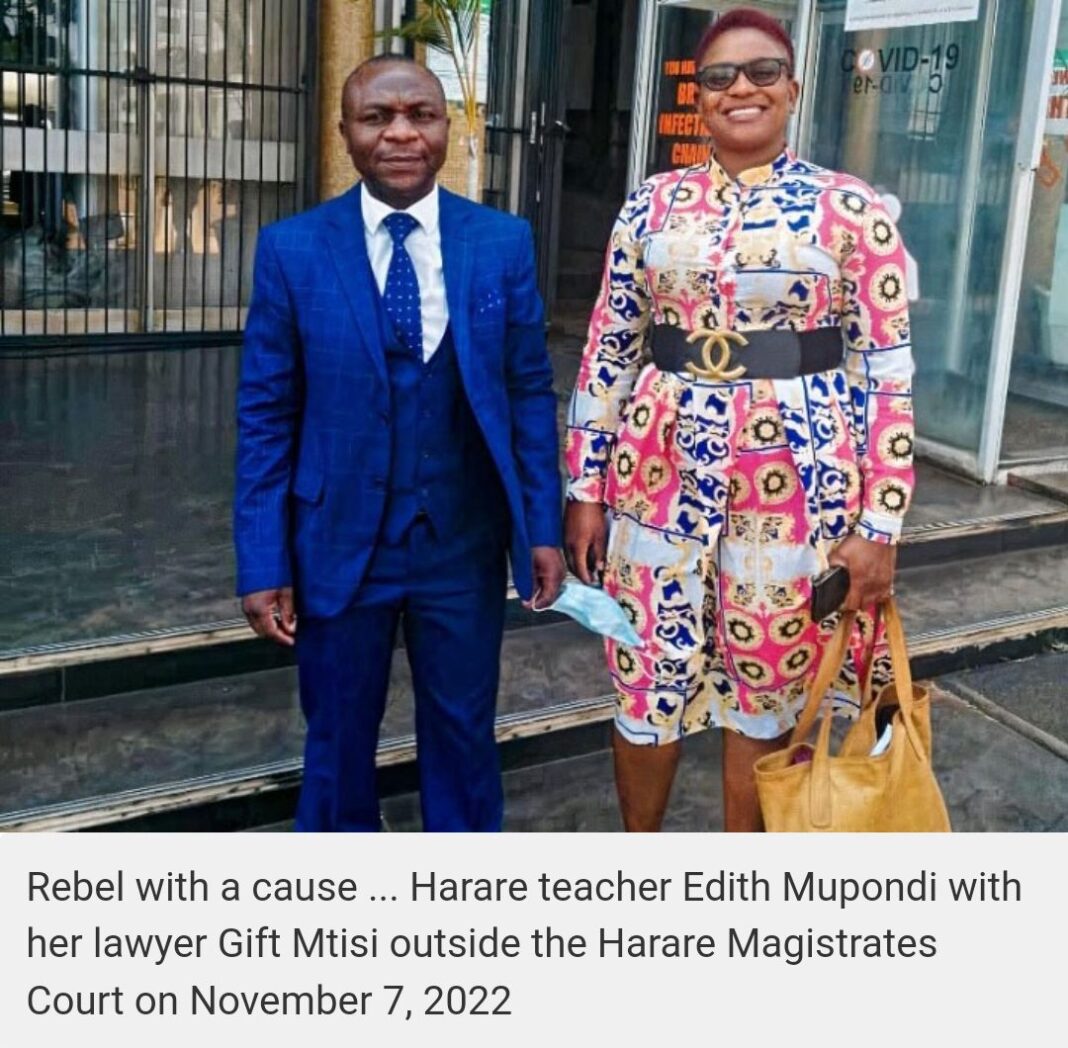 A teacher has been taken to court accused of sending a false and annoying message on WhatsApp.

Edith Mupondi, who works at Epworth High School in Harare, was arrested for using the social media network to complain over low salaries paid by the government.

Prosecutors say her message, posted in a WhatsApp group, caused anxiety to other people.

Appearing at the Harare Magistrates Court on Monday, the Budiriro resident was charged under section 88(b) of the Postal and Telecommunications Act which prohibits “sending by telephone any message that she knew to be false for the purpose of causing annoyance, inconvenience or needless anxiety to any person.”

Loosely translated, the post said: “At Epworth High School, Mr Muzondo, Mr Mudzengere and Mrs Sithole please respect us by staying at your respective homes. You are fighting people that are fighting for you to get improved pay.”

The message prompted Yvonne Sithole, one of the teachers at Epworth High School, who was allegedly mentioned in the WhatsApp communication, to lodge a complaint with the police.
In her complaint, Sithole said she “now lives in fear” over the message allegedly posted by Mupondi.

Sithole told police: “I recalled well since the opening of schools; I was going to school as usual since I had an exam class. On some of the days I would inform the headmaster that I was not coming since I had no money for transport and this was being done by every teacher at the school.

“Surprisingly, on October 23, 2020, around 20.26PM, a WhatsApp message was sent in a group. The message was from a group called ‘Teachers Can’t Breathe Epworth’ and it was forwarded to ‘Epworth Ladies Group’. It was forwarded by Edith Mupondi.

“I am now living in fear and I am no longer able to go to school since I don’t know the intentions of these people and I informed the headmaster.”

Mupondi’s trial is ongoing before Harare magistrate Tafadzwa Miti. She is represented by Gift Mtisi of the Zimbabwe Lawyers for Human Rights.

Lawyers say President Emmerson Mnangagwa’s regime is increasingly targeting dissidents online for prosecution over criticism of the government.
In 2021, the government announced that it had set up social media monitoring teams to monitor what people send and receive on social media.

This was condemned by the Media Institute of Southern Africa which said:“MISA Zimbabwe is concerned that the government could increasingly be gravitating towards mass surveillance. Indiscriminate mass surveillance is not justifiable in an open and democratic society.”

Opposition activists such as Evan Mawarire, Job Sikhala and Jacob Ngarivhume were arrested and tried for allegedly inciting anti-government protests on social media.