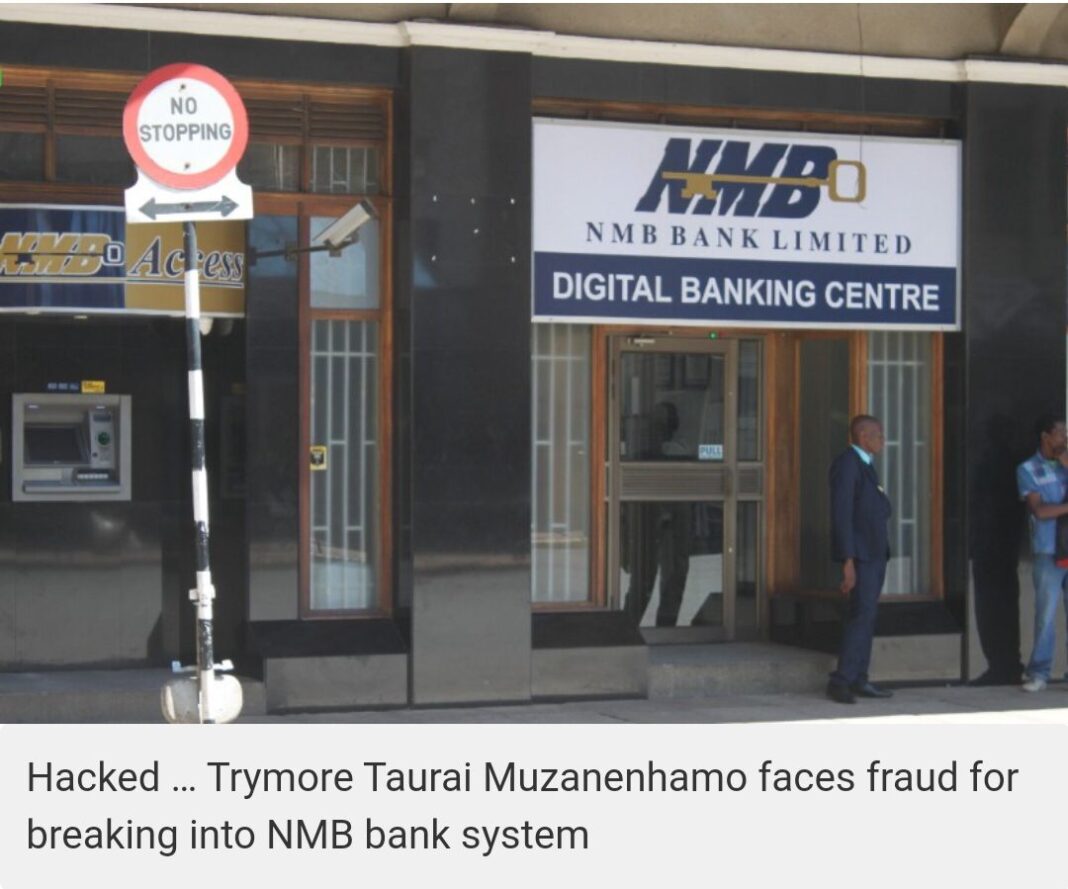 Trymore Taurai Muzanenhamo appeared before Harare magistrate Evelyn Mashavakure and was remanded in custody to November 22. He was advised to approach the High Court for bail.

According to the State, on October 21 this year, Muzanenhamo allegedly used an application that is on his lphone to hack into one NMB clients’ account.

He then took control of the account as well as client’s mobile banking facility.

Court heard he proceeded to Budiriro 4 Shopping Centre in Harare where he approached three money changers seeking to buy US dollars with the loot.

Muzanenhamo then made internal transfers with a cumulative value of Z$794,750 into the accounts of three money changers and obtained US dollars from them.

According to court papers, the complainant received electronic notifications via his cell phone reporting the amount has been debited from his account through an internal transfer.

Investigations were made by detectives leading to Muzanenhamo’s arrest.

The detectives recovered the Iphone which had an installed application which he was using to hack into several bank client’s bank accounts.

Most of the clients are yet to be identified.