PUNCHSTARWE CHOOSE TO GO THERE
Home NEWS US mid term elections: Trump suffer yet another embarrassing as his endorsed... 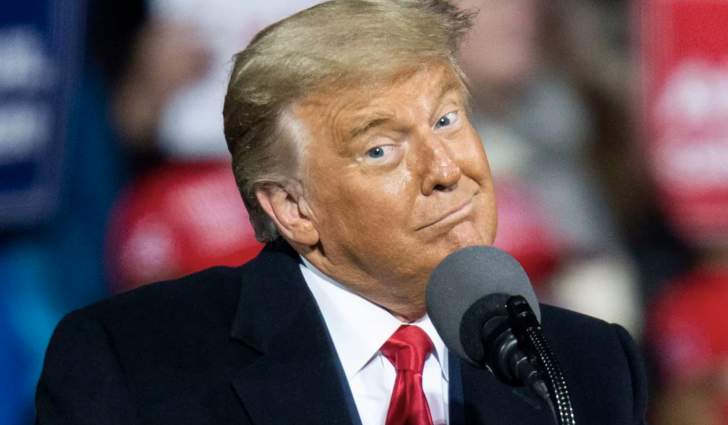 Standing before a crowd of adoring supporters in Ohio earlier this week, former President Donald Trump made a promise: a “big announcement” on 15 November, exactly a week after a predicted “red wave” of Republican victories in the midterm elections, which many observers saw as a litmus test of his influence over the party. The wave, however, turned out to be more of a wavelet. Mr Trump’s announcement – likely a long hinted at 2024 presidential run – will come after an election in which many of his endorsed candidates underperformed, throwing into question the continued viability of the “Make America Great Again” brand of US conservatism. Perhaps more concerning for the former president was the resounding success of Florida governor – and potential 2024 rival – Ron DeSantis, who celebrated a “win for the ages” in his re-election bid as his tensions with Mr Trump spilled out into the open. Let’s take a look at how the midterms have gone so far for Mr Trump, and what they might mean for his political future.

While Republican candidates across the country met unexpectedly tight races, Mr DeSantis, 44, swept to a nearly 20-point landslide victory over Democratic challenger Charlie Crist, including a clear majority among Latino voters. Four years ago, by comparison, he won by less than half a percentage point. The win will further fuel speculation of a potential presidential run in 2024. At his victory party in Tampa on Tuesday night, his supporters chanted “two more years!” – starkly highlighting the appeal of a man some journalists and Republican observers have dubbed “Trump with substance” or “Trump 2.0”. Among those who now see Mr DeSantis as a stronger White House contender than Mr Trump was Mike Cernovich, a right-wing commentator who was once described by Politico as an “indefatigable Trump cheerleader”. “Trump has zero shot at 2024 in general.

After tonight, this isn’t up for debate,” Mr Cernovich tweeted on Tuesday night. “DeSantis in 2024 or accept total defeat”. The prospect of facing Mr DeSantis in two years isn’t lost on Mr Trump, who warned that he “could hurt himself very badly” and that he would reveal “things about him that won’t be very flattering”. Patrick Ruffini, a Republican pollster and strategist, described Mr Trump as a “wounded animal” to the BBC, when compared to Mr DeSantis’ very good election night. Ahead of the midterms, Mr Trump endorsed dozens of candidates for Congress, as well as others running in gubernatorial and state legislature races. While the election’s final results are still unclear – and may be for some time – it is increasingly clear that Mr Trump’s results were, at best, mixed. Of the high-profile Senate candidates he endorsed, for example, only one – Ohio Republican JD Vance – won a clear victory, edging out Democratic Representative Tim Ryan.

Other Trump endorsed candidates, including Pennsylvania Senate hopeful Dr Mehmet Oz and Michigan gubernatorial candidate Tudor Dixon, lost, while the results of a number of other races are still to be decided. Ahead of the election, John Hudak, a senior fellow at the Washington DC-based Brookings Institution, said that losses by his endorsed candidates could “raise questions about his political acumen” among potential supporters or undecided voters. Mr Trump has so far shrugged off any suggestion that he can be held responsible for a candidate’s losses. On his Truth Social social media platform, the ex-president lauded a “great evening” for his candidates and boasted that 174 of his candidates won, compared to only nine losses. On election night, he also said that he should “get all the credit” for wins and “not be blamed at all” for losses. Still, some have already begun faulting Mr Trump for the results.