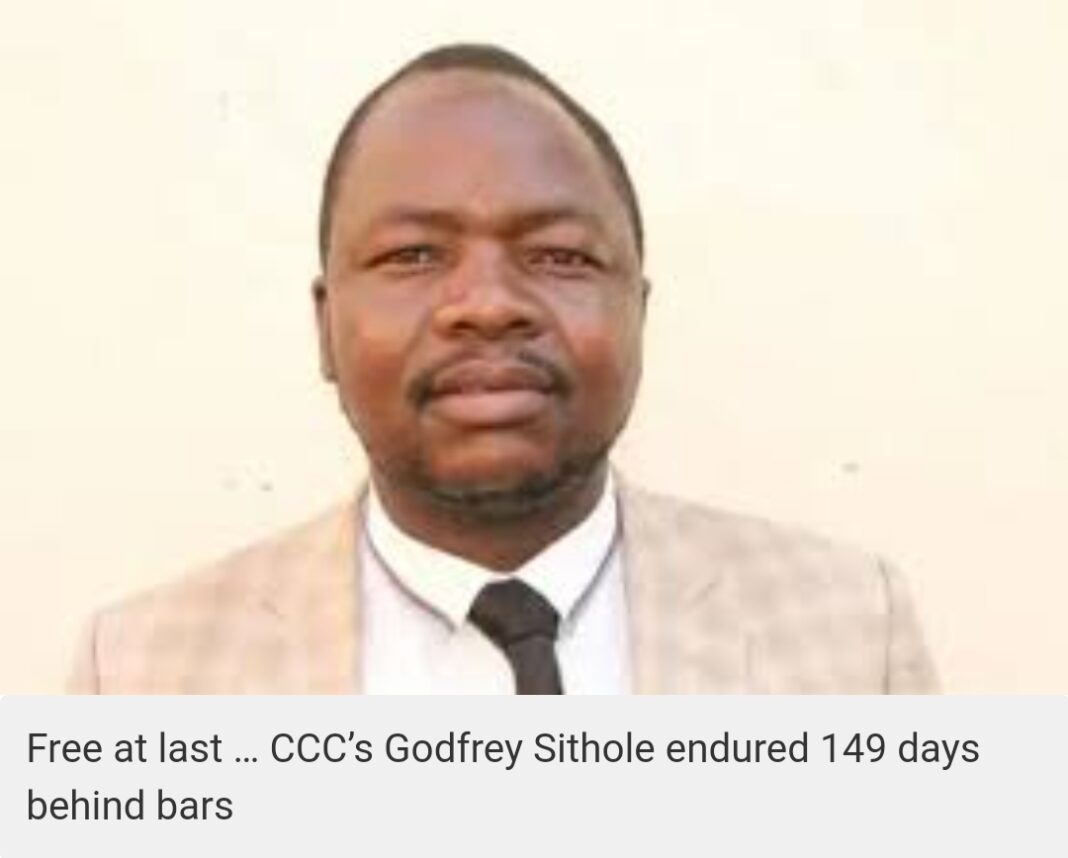 He was arrested in June this year together with fellow party legislator Job Sikhala.

They are both charged with inciting the violence that rocked Nyatsime during slain party activist Moreblessing Ali’s tense funeral wake in the community just outside Chitungwiza town.

However, Sikhala, who has endured numerous unyielding attempts to secure his freedom, remains behind bars.

Sithole, labelled a political prisoner together with over a dozen fellow activists who remain locked up, secured his freedom after he had made a fresh bail application separate from that of Sikhala.

Commenting on his release, CCC spokesperson Fadzai Mahere said the time spent by the party legislator in jail was unjustified and too long.

“All political prisoners must be freed. Bail is a constitutional right. They have all been incarcerated for a period longer than the ordinary sentence they had have faced if they were guilty yet they are innocent.