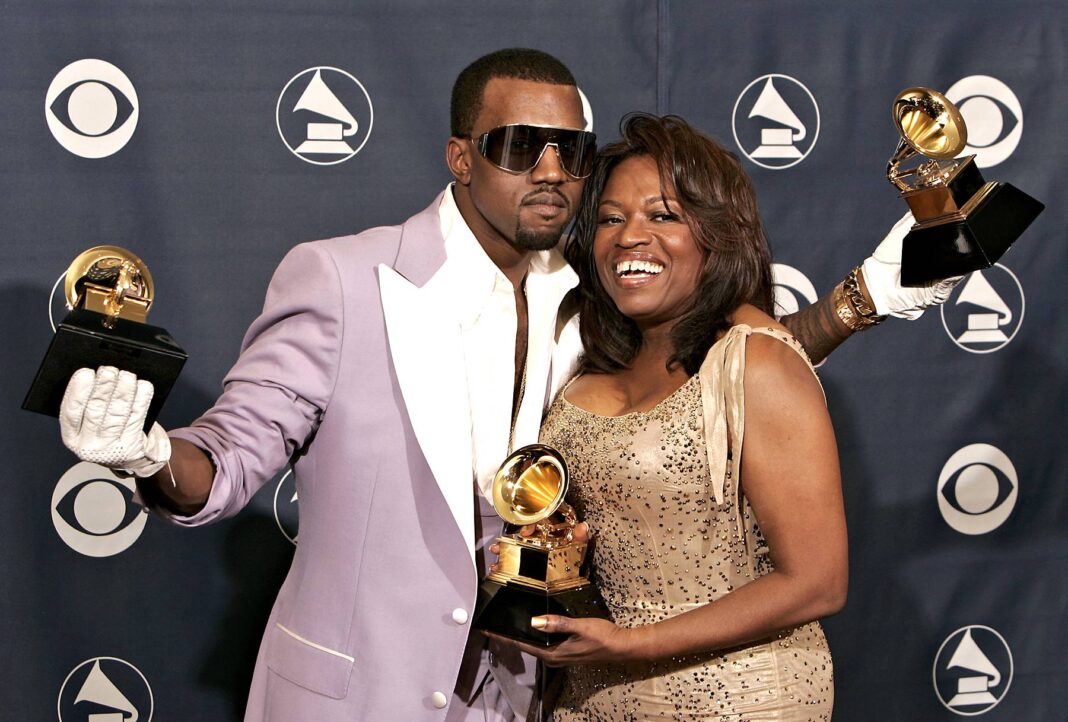 Kanye West has revealed that he believes the death of his mother, Donda West, was part of a large plan for “Hollywood” to “control” and “traumatize” him. In an exclusive new clip shared by The Shade Room, Ye shared his theory while speaking to paparazzi from the passenger side of a car. But he doesn’t believe he is the only Black celebrity to have fallen victim to this conspiracy. “My mama ain’t here,” Kanye West stated. “My mama was sacrificed. Michael Jordan, what about him? His daddy, right? Bill Cosby, his son. Dr. Dre, his son. Out in Hollywood, a lot of people come up missing. It feels like it might be a lot of that, in order to control, traumatize. “They want to monetize and traumatize,” he continued, “And God love me, they hit me, Gap, adidas, they took all that away. Still, Forbes, who hates me, right, had to write, net worth $400 million. Jesus is king. God loves me.”

Ahead of the accusation, Ye brought up other Black celebrities, like Shaquille O’Neal who have condemned his recent behavior as he asserted that he will not be controlled. “They can’t control me,” he stated. “They can control Shaq. They can control Charles Barkley. They can control LeBron James. They can control JAY-Z and Beyoncé. But they can’t control me. You see it ain’t no name I won’t name. It’s up.” This new interview comes after a relatively quiet week, after a whirlwind month in October which saw Kanye West come under fire after a series of anti-Semitic statements made in interviews and on social media. Most notably, adidas was among several corporations that cut ties with West due to his controversial comments, which reportedly cost him his coveted billionaire status.

Balenciaga also parted ways with Ye just weeks after inviting them to open their Paris Fashion Week show. The G.O.O.D. Music mogul also caused an uproar when he told Drink Champs hosts N.O.R.E. and DJ EFN that he believed George Floyd died from a drug overdose. In response to his controversial remarks, Floyd’s family filed a $250 million lawsuit on behalf of Floyd’s daughter, who is the only beneficiary of his estate. While he would go on to apologize to the family, he has doubled down on his sentiments the Jewish business community despite the devastating impact on his career, The controversial Chicago rap mogul, who is currently entangled in a bitter legal battle with his ex-wife Kim Kardashian, claimed on November 1 that his former lawyer warned him his inflammatory remarks could cost him custody of their four children.