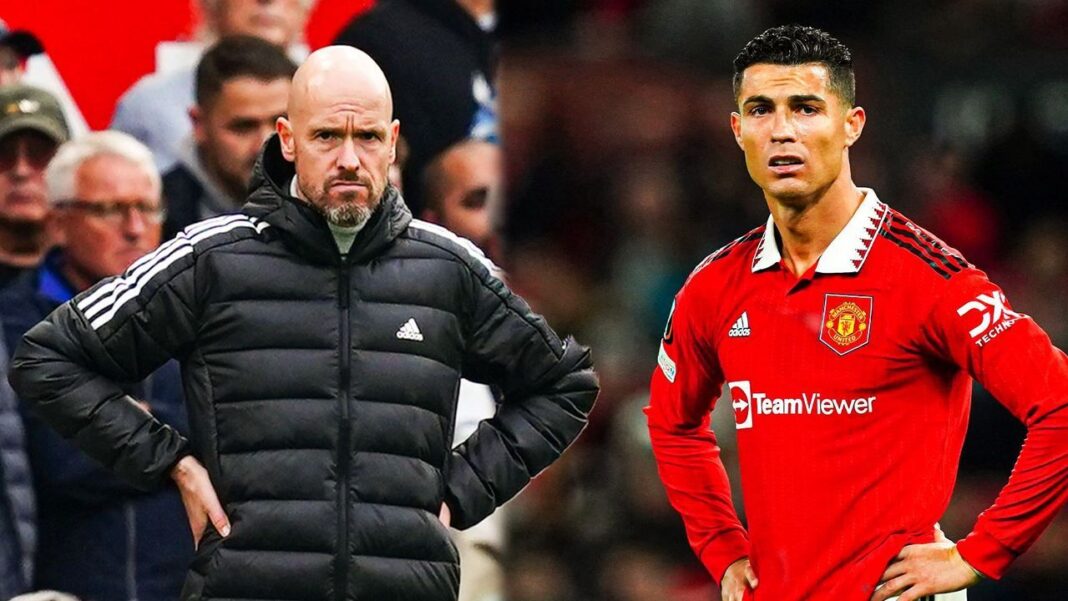 Cristiano Ronaldo has claimed members of the Man Utd hierarchy doubted him when he said he could not attend pre-season because his daughter was ill in hospital, and says the Glazer family “do not care” about the club. Ronaldo accused United of betraying him – claiming the club tried to force him out – and said he has no respect for manager Erik ten Hag in the first clips released by TalkTV from a 90-minute interview with Piers Morgan. The Portugal captain also lashed out at former team-mate Wayne Rooney and United’s interim manager from last season Ralf Rangnick, as he criticised the lack of progress at Old Trafford since Sir Alex Ferguson retired.

And now, in the latest set of teasers from his sit-down with the TV presenter, the 37-year-old has alleged that two senior figures at Old Trafford treated him with suspicion when he said his daughter, Bella, was sick with bronchitis – just three months after her twin brother had died. “I spoke with the director and the president of Man Utd and they kind of didn’t believe that something was going wrong, which made me feel bad,” Ronaldo told TalkTV. Asked to confirm they did not believe him, Ronaldo continued: “They believe me but in the same way [shakes head]… I am never going to change the health of my family for a football. Now, or 10 years behind or forward.

Ronaldo has also said Man Utd’s owners, the Glazers, do not care about the club’s sporting success. The Glazers, who took ownership of the club through a leveraged buy-out in 2005, a deal which left United with a debt of more than £500m, have been widely criticised by fans and blamed for the club’s decline. Ronaldo believes the current structure at United, with the Glazers in charge, makes it unlikely the club will be fighting for top honours in the next few years. “The owners of the club – the Glazers – they don’t care about the club. I mean professional sport. Manchester United is a marketing club, they get their money from the marketing,” he added. “The sports, they don’t really care in my opinion.” Asked if he had spoken to the Glazers since he went back, Ronaldo said: No, never. “They give all the power to the president, the sporting director.

“The fans are always right. The fans should know the truth. They should know that the players want the best for the club, I want the best for the club. “This is why I came to Manchester United, this is why I love this club but you have some things inside the club which doesn’t help it reach the top level as City, Liverpool and even now Arsenal. “It is complicated, it’s difficult, it’s hard. In my opinion, it will be hard for Manchester United to be top of the game in the next two or three years.” Ronaldo has also accused his former United team-mates Wayne Rooney and Gary Neville of criticising him for fame and says they are no longer friends.

Sky Sports pundit Neville said that United should “end the relationship” following the forward’s walk-out against Tottenham and was then blanked by Ronaldo before United’s 1-0 win over West Ham at Old Trafford. Rooney, meanwhile, warned Ronaldo of becoming an “unwanted distraction” at Old Trafford last week and the five-time Ballon d’Or winner has not taken kindly to either of his former team-mates speaking out about him. Asked about Rooney’s criticism, Ronaldo said: “I don’t understand, you should ask this question to him. I don’t know why he criticised me so bad. Asked if it is jealously, he added: “Probably, because he finished his career in his 30s.

I’m still playing at a high level, I’m not going to say that I’m looking better than him, which is true. It’s hard to listen to that kind of criticism and negativity from people who played with you, for example Gary Neville as well. “People can have their own opinion but they don’t really know what’s going on inside the training ground at Carrington or even my life. They should listen to not only one point of view, they have to listen to my point of view as well. It’s easy to criticise but if you don’t know the whole story, it’s easy. “They are not my friends. “It’s easy to criticise, I don’t know if they have a job in television that they must criticise to be more famous.

I really don’t understand it. “I think they take advantage of [my name] because they are not stupid. “I have to carry on my life with criticism. It’s hard when you see people who were in the dressing room with you criticise in that way. I’m not going to sleep badly because of the criticism but it’s not good to listen to that.” Ronaldo has joined up with the Portugal squad for the World Cup and insisted his “absolute focus” is on the national team amid the furore over his interview on Piers Morgan Uncensored. Ronaldo said on Twitter: “Total and absolute focus on the work of the National Team.

“A united group, towards a single objective: to fulfil the dream of all Portuguese people!” But in a clip released by the Portuguese FA later on Monday, Ronaldo seemed to be taken aback by the frosty reception he received from his Man Utd and Portugal team-mate Bruno Fernandes as they met for World Cup duty. United will take legal advice before deciding how to respond to Ronaldo, but will await the release of the full interview later this week before taking any decision. Sky Sports News understands Ten Hag and the United players are extremely disappointed with the manner and timing of Ronaldo’s interview.

The club only found out about the interview as they were preparing to fly back from London on Sunday evening following their 2-1 win over Fulham and they do not understand why he has said what he has said. They are hugely disappointed that he would disrespect the club, his manager and team-mates in this way and United are likely to consider all their options now regarding the player. Ronaldo was told on Thursday that he would not be in the starting XI against Fulham but he would have been in the squad. He told the club he was ill.