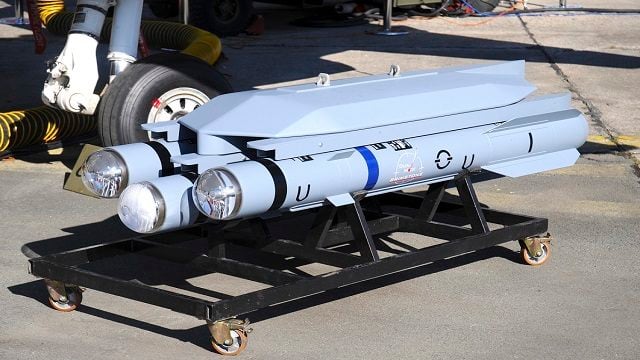 Since the beginning of the conflict in Ukraine in February, the United Kingdom has committed £2.3billion in military aid to Ukraine and will continue that aid in 2023. In the UK’s latest donation of military aid, Britain has sent the latest model of the Brimstone missile. The Brimstone 2 missile is laser-guided and has double the range of its predecessor and will help Ukraine force back Russian forces. Missiles and missile launch systems have proven successful for Ukraine and have altered various outcomes to individual land disputes.

Ukrainian forces have taken the initiative and have created their own mobile launch platforms for the missiles by modifying their trucks. Usually, the Brimstone missiles are launched from the air, but Ukrainian troops are aiming to destroy tanks and other Russian vehicles from long-range distances. Ukraine initially received Brimstone missiles from the UK six months ago but the new and improved, more advanced model was seen being prepared for transportation from RAF Brize Norton in Oxfordshire.

The original Brimstone missile was introduced to the RAF in 2005 which was subsequently updated three years later to introduce a guiding laser. In 2016, the Brimstone 2, the more advanced version was given to the RAF. Each advanced missile is thought to cost approximately £175,000 and can effectively hit targets in two separate ways. One of the ways it hits a target by tracking a laser which can be fired by troops, aircraft, or vehicles.

The second option is that the missile selects a specific target from a list which was pre-programmed via the use of a high-frequency wave radar. The radar system means a certain region can be surveyed by the weapon which can then choose its target. The Brimstone missile is efficient at targeting built up areas when guided by troops with precision and leaves limited damage to nearby civilians.