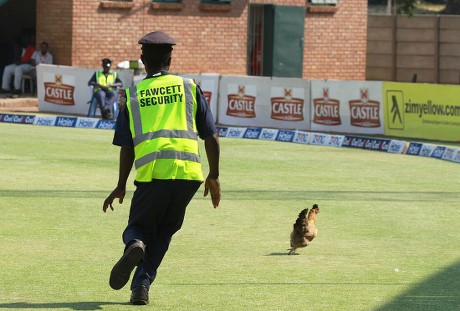 The Zimbabwe government is looking to changing the law that would make it compulsory for private security guards to undergo police training to try and up their competence in combating rampant crime in the country.

This came up during cabinet deliberations in Harare on Tuesday.

“Cabinet resolved to review the Private Investigators and Security Guards (Control) Act (Chapter 27:10) in order to improve the private security industry to ensure that only Police-trained guards work in law enforcement,” Information Minister Monica Mutsvangwa told the media at a post-cabinet media briefing.

“This position was arrived at given the role the private security companies play in complementing the efforts of the Police in reducing crime in the country. As such there is need for private security guards to receive basic formal training.”

Home Affairs Minister Kazembe Kazembe was in Abu Dhabi, United Arab Emirates recently at the 7th Edition of the International Exhibition for National Security and Resilience.

According to Mutsvangwa, Kazembe had “the opportunity to visit various institutions under the United Arab Emirates’ Ministry of Interior, where he gained valuable insights into how technology can be deployed and utilised to enhance policing, security and safety of communities”.

It was not clear if the need to admit private security guards to police training was an idea he took from the event.

Some of the armed robbery suspects have been found to be serving or former police and police officers with better understanding on the handling of weapons and better preparedness in armed combat with private security guards.

Regular police officers go through rigorous six months of training in which they are taught about the law, handling weapons and dealing with criminals.

Zimbabwean police officers have often come out tops during shooting incidents with criminals.