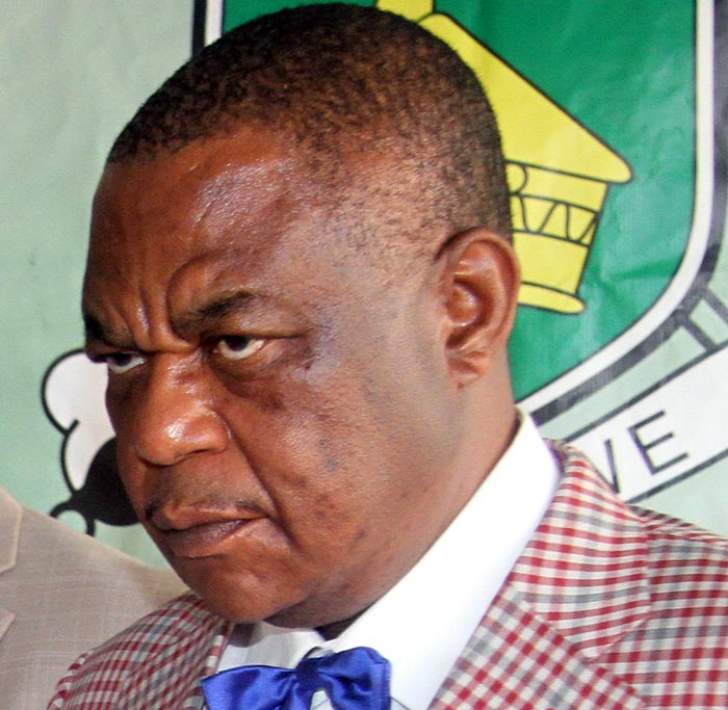 Vice President Constantino Chiwenga, currently squabbling with his ex-wife over custody of the couple’s minor children, has ironically issued a warning against child rights abusers amid frightening cases of child abuse being brought to public domain in the country. The VP, who doubles as the country’s health minister, was guest of honour at a belated World Children’s Day commemorations in Harare Monday. His remarks come at a time the country is still shocked over two separate cases of nine-year-old minors who were sexually violated and impregnated. One of the girls has already given birth, becoming one of the world’s youngest mothers.

The other girl, who is six months pregnant, is currently admitted at Bindura Hospital. Chiwenga said children should not be discriminated against regardless of their background or identity. Ironically, the VP is also involved in fierce wrangling with ex-wife Marry Mubaiwa with former military boss reportedly forbidding the mother of his three children from seeing their parent. Chiwenga has secured a court order which claims Mubaiwa is mentally and physically unstable to be with her children. In his address on Monday, Chiwenga said government is equally worried about children’s wellbeing and was coming up with tougher measures against child abusers.

“The government is deeply concerned with the sad cases of under-10 getting pregnant. “Stiffer penalties will be introduced and will have to be done not only to the perpetrators but I think also as parents, we have a responsibility to look after our children. “It does not matter what people can say. The child is somebody who has not yet reached 18 years, there is no issue of peer pressure or consent, up until one turns 18…I am happy parliament passed that,” he said. Chiwenga added, “We are ramping up programmes to ensure that the victims are rehabilitated. It is now imperative that the perpetrators are dealt with in terms of the law of the land.” Chiwenga highlighted the importance of families, schools, churches and society in the upbringing of children. He said if the foundation is not strong enough, the present generation will go “into extinction”. “What is it that we must do? What is the role of the school, family, peer group and faith pillars? “What is it you must give for the children to grow up properly.

This is a difficult time we are going through and all I am asking children is to be disciplined and not to listen to friends who lead you astray. “As parents, we have a big role to look after the future parents…we have to make sure ills that are affecting our children come to an end. It is you and me who are going to bring these children in a proper manner…” Chiwenga continued while addressing his comments to children who also attended the event, “All I ask is that I be that best child.

Do what is right always. To parents, have time with children and give them the right orientation to life.” The politician has been keeping away his three minor children from their mother for over three years despite her desperate pleas to have access to the couple’s offspring. Mubaiwa claims since she was forced out of the couple’s matrimonial home, she has not seen her children except in pictures often shared via social media. Even during severe ailment with hopes lost over his wife’s survival prospects, Chiwenga still stopped the couple’s children from seeing their mother.