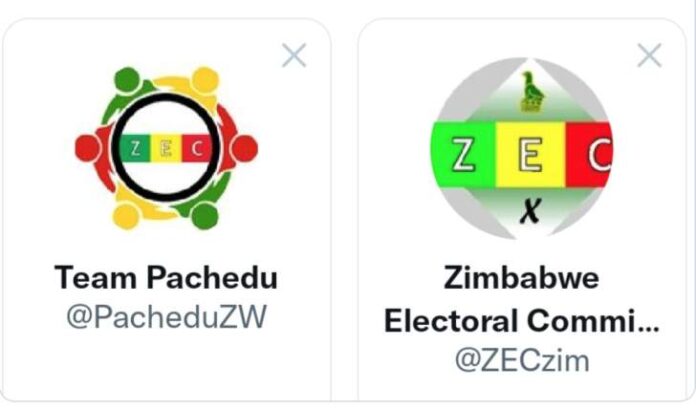 FROM THE STATE CONTROLLED HERALD: In a litmus test against cyber terrorists, the Zimbabwe Electoral Commission (ZEC) yesterday reported an anti-Zimbabwe shadowy group Pachedu to the police on a litany of allegations ranging from hacktivism to cyberterrorism.

This comes as the group, that has alleged links to some United States citizens, has openly boasted its ability to hack and manipulate the websites of not only ZEC, but also other Government departments.

In the past few weeks, Pachedu has been burning the candle to discredit ZEC ahead of next year’s harmonised elections, in an attempt to influence the manner and handling of the much awaited polls.

The clandestine actions from Pachedu, which is linked to the CCC, include hacking of the electoral management authority’s ICT infrastructure.

This prompted ZEC yesterday to report the group to the police in a case that has been opened at Harare Central Police Station under IR111760.

“We have made a police report on hacktivism, impersonification, unauthorised data mining and cyberterrorism/bullying at Harare Central Police Station,” he said.

In the past, Pachedu has been red-flagged by ZEC for its covert cyberwar, especially as the group has a habit of publishing voters’ information, which is a breach of the country’s laws.

Any abuse of the security of the voters consequently attracts legal action, with ZEC charged with safeguarding the voters’ private information.

According to the Data Protection Act, any person who, “knowing or suspecting that he or she must obtain prior authority to access data, computer programme, computer data storage medium, or the whole or any part of a computer system in question; and intentionally, unlawfully and without such authority, secures access to such data, programme, medium or system; shall be guilty of hacking and liable in any of the aggravating circumstances . . . to a fine not exceeding level 14 or to imprisonment for a period not exceeding ten years or both such fine and such imprisonment..”

Using similar tactics, Pachedu in 2018 released a doctored voters roll as they tried to poke holes in the Zimbabwe electoral management body’s capacity.

Yesterday, experts said Pachedu, a group that operates in the shadows, had become a threat to Zimbabwe’s elections and called for appropriate action to be taken to flush out the “cyberterrorists”