PUNCHSTARWE CHOOSE TO GO THERE
Home SPORT The World Cup 2022 performance shows that Africa is becoming a football... 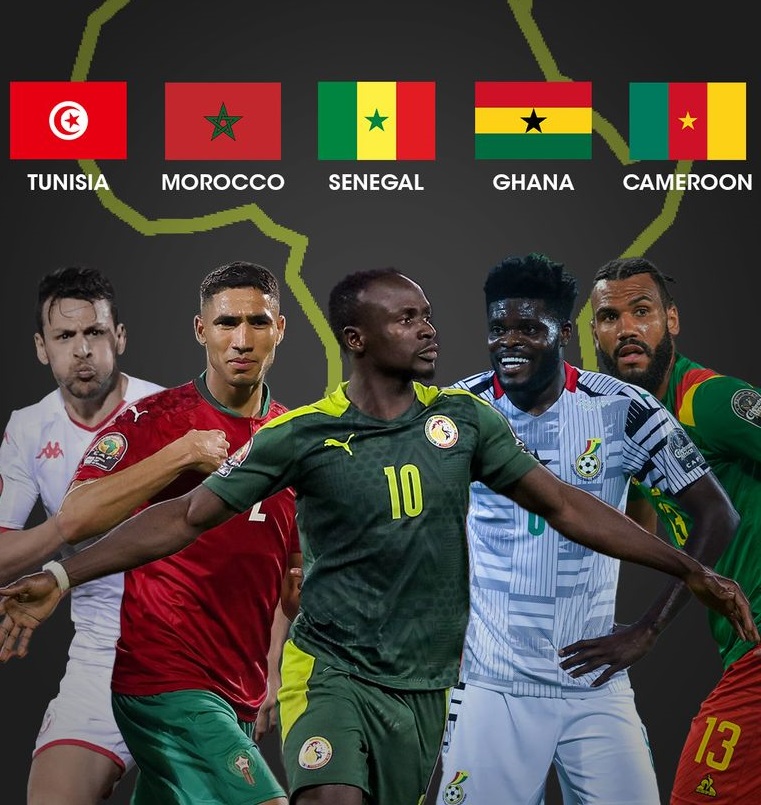 Four years ago Africa was left without a representative in the World Cup last 16 for the first time since the round was introduced in 1986, but the response has been emphatic in Qatar. The 2022 tournament has seen two teams from the continent reach the knockout phase for only the second time – after Algeria and Nigeria in 2014. African nations have also taken a record-breaking 24 points in the group stage, smashing the previous best of 15 points in 1998. Morocco beat the world’s second-ranked side Belgium and Canada en route to the top of Group F, while Senegal bounced back from an opening defeat by the Netherlands to record wins over Qatar and Ecuador.

Brazil were beaten by an African team for the first time with a 1-0 defeat by Cameroon, who exited the tournament in glory. For Morocco, their clash with Spain next Tuesday will be a first appearance in the knockout stage for 36 years. Their fans will turn up in their thousands again to cheer on the only remaining Arab country in the World Cup. “We hope to fly the flag of African football high,” said Morocco coach Walid Regragui. “Often we’ve been described as being sub-par, not as good as elsewhere. “But I think at this World Cup we are showing we can give any other team a run for their money, whether they be European teams or South American teams.

“I hope in the future this means we’ll be seeing more African teams do well at the World Cup and why not an African champion?” The 2026 World Cup in the United States, Canada and Mexico will involve more African countries than ever before, with the tournament set to expand from 32 to 48 teams. If it does not happen this year, Africa will be expecting its first World Cup semi-finalists sooner rather than later. Senegal were the closest to getting past the group stage in Russia in 2018, missing out by virtue of having more yellow cards than Japan.But they banished those memories when Kalidou Koulibaly volleyed them to victory against Ecuador, after saying they were inspired by Morocco’s win over Belgium. “We saw what Morocco did.

They had a beautiful win over Belgium,” said Senegal coach Aliou Cisse. “Yes, it can be a source of inspiration for us.” The sides that went out in the group stage still made a mark on the tournament. Tunisia claimed a famous 1-0 win over holders France and Cameroon ended an eight-match losing streak at the World Cup with a thrilling comeback to draw 3-3 with Serbia before beating five-time winners Brazil. More and more African players are starring at top European clubs. Even with Mohamed Salah and Sadio Mane absent from this World Cup, the dividends of that are clear to see.

European teams have won each of the past four World Cups and no side from outside Europe or South America has ever even reached the final. “You have to be strong for your first match against a European team because European teams are our foes when it comes to these events,” added Regragui. “We have players who play for European clubs… We need to take the European mindset and make it our mindset.” The closest an African team has come to making the semi-finals was Ghana in 2010, when Luis Suarez’s handball and the resulting missed penalty by Asamoah Gyan led to a shootout defeat in South Africa.

The Black Stars could not avenge that heartbreak on Friday, as Andre Ayew’s missed penalty at 0-0 was history repeating itself history and proved costly in a 2-0 defeat. But Ghana were at least happy to knock Uruguay out and send South Korea through. “For me, yes (It was good to knock Uruguay out),” said midfielder Daniel Amartey. “It was tough because you can see their centre-back, everybody comes (forward).”Uruguay needed one goal to go through.” There is a long way to go, but for the second time, Africa has two hopeful nations that are three wins away from the final.