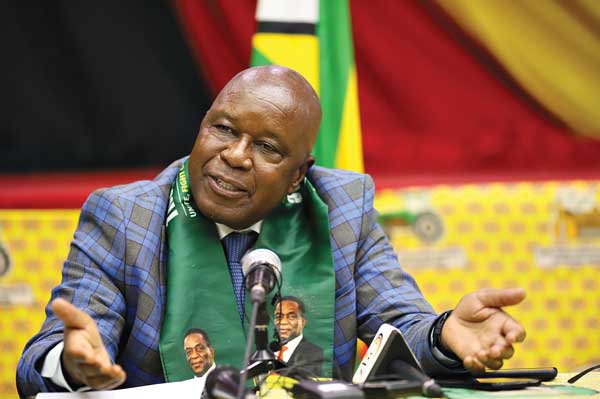 ZANU PF has blamed the late former president Robert Mugabe who was ousted in a military coup in November 2017 for the prolonged power blackouts currently being experienced in Zimbabwe.

Speaking in a recent interview with South African broadcaster eNCA, ZANU PF spokesperson Christopher Mutsvangwa said Mugabe’s mismanagement of the country over the past two decades was to blame for the current energy crisis. He said:

The power crisis that the country is facing currently is a product of years of neglect within Zimbabwe in particular.

The mismanagement, the arm-fisted mismanagement of the last two decades of Mugabe and his G40s obviously has a negative pull. It is retarding the speed of recovery, but you can’t doubt that recovery is going on.

Zimbabweans are spending at least 18 hours a day without electricity and this has severely negatively affected business.

The failure of ageing equipment at its Hwange Thermal Power Stations has also played a part.