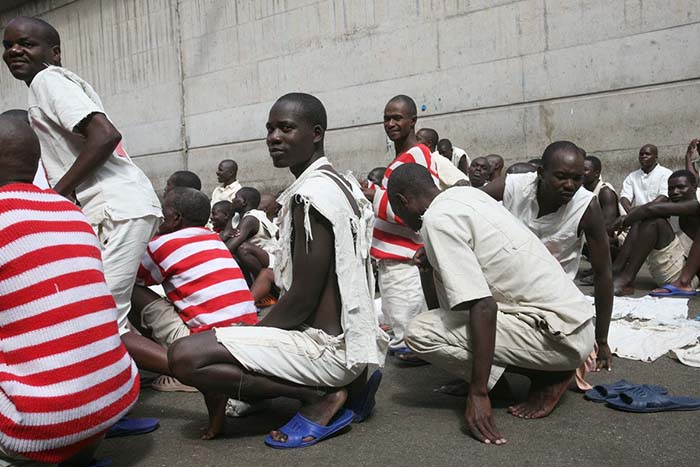 A Chikurubi Maximum Prison inmate who could not wait for his term to run its full course and escaped from the country’s biggest jail Wednesday with just four months of his sentence left to serve has been caught sleeping at his house.

Danaishe Chinyama (24) was serving 12 months imprisonment for malicious damage to property and had served eight months. Commenting on the incident, Zimbabwe Prison and Correctional Service spokesperson Superintendent Meya Khanyezi told the media that Chinyama’s escape was ironically an attempt by the fugitive to elongate life inside the walls of the country’s most resented institution.

“Danaishe Chinyama sneaked out and did not escape prison because he believed society would not accept him back from his previous crime after finishing the remaining months of his sentence,” Khanyezi said. “Cases like Danaishe’s are common, in which inmates with only a few months left on their sentence deliberately flee because they want their sentence to be increased because they believe their family, friends, and society as a whole will not accept them back.

“We are not treating Danaishe’s case as a criminal offence but rather as a psychological issue in which he feels he is receiving all of his love and affection from correctional facilities that he views as his new found family and does not want to return to society because of the stigma.

“As Zimbabwe Prisons and Correctional Service, we are appealing to society to accept former inmates as rehabilitated and corrected individuals seeking to reintegrate into society. “It won’t be long before we find Danaishe, a person who had been properly rehabilitated and had earned our trust to work at the nursery.”