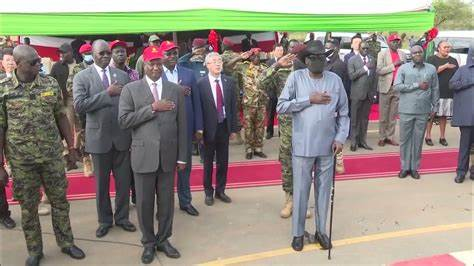 Avideo which has now gone viral online shows President Salva Kiir Mayardit of South Sudan urinating on himself at a public function, to the dismay of his aides and military officers nearby. Mr Mayardit, 71, has been the president of the troubled northeast African country since its founding in 2011 and has continued to preside over a protracted conflict which has kept the country underdeveloped, with about 82 per cent of its citizens in poverty.

It is not clear whether Mr Mayardit will seek to extend his 13-year grip on power with clear underlying health issues, but the country will be marching to the polls in 2023 for the first time since its founding. The elections, which were first scheduled for 2015, have been postponed thrice owing to various factors, including an attempted coup.