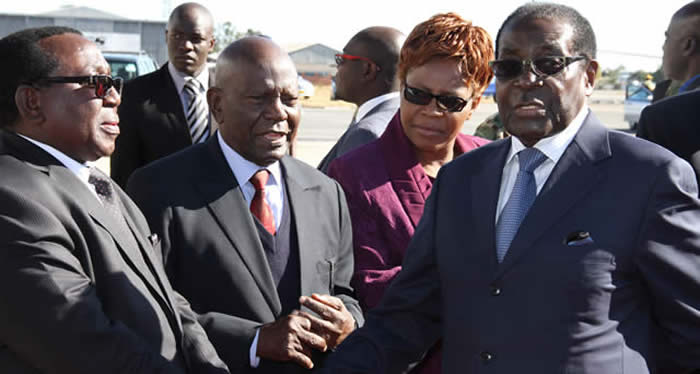 “Ngwena is breeding future decent young leaders for ZanuPF. This is something we failed to do while we were .. still in charge under vaMugabe,” he tweeted yesterday.

“We tried it with @Hon_Kasukuwere,  @TembaMliswa navana @PatrickZhuwao but instead they focused on the wrong things like looting & women.”

Two weeks ago, Mutasa said Citizens Coalition for Change leader Nelson Chamisa had no chance of beating Mnangagwa in next year’s elections even if Mnangagwa decided to sleep from now until the elections.

“One thing the povo doesn’t realise is that ED Mnangagwa is a deft strategist of unparalleled brilliance,” Mutasa said.

“He essentially handled Mugabe and everything around from the late 1970s up until Grace came along when everything went haywire.

“The brilliance in Mugabe’s heydays was partially influenced by Ngwena’s hand. He was the untiring and ever reliable hand behind the scenes.

“Even Mugabe acknowledged Ngwena’s brilliance & hardwork after just before the 2018 elections.”

Mutasa said he was sharing this to contextualise Chamisa’s chances of winning the presidential elections next year.

“I’m sharing this information to contextualise Chamisa’s chances in 2023. I have observed the young man for a number of years and frankly speaking he can never match Ngwena even if Ngwena decides to sleep until after the election. They’re just incomparable,” he said.