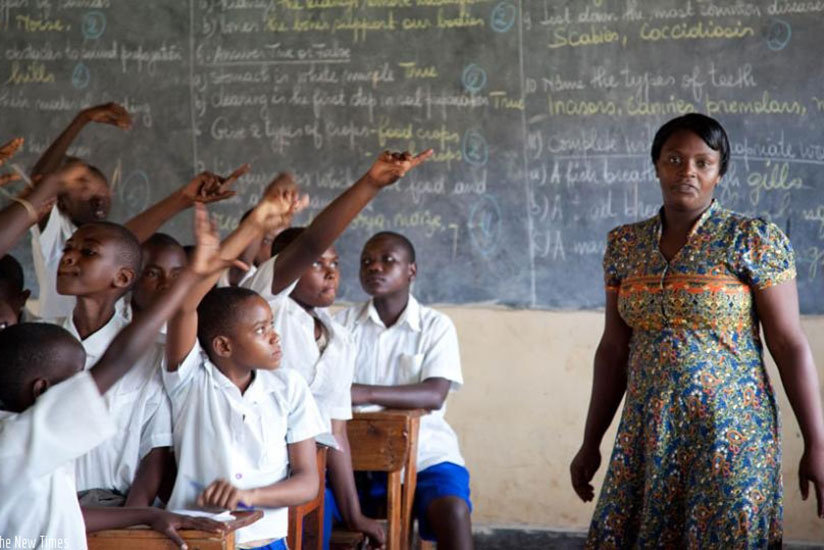 After an exodus of nurses, Zimbabwe now faces losing its teachers as a new British recruitment policy threatens a fresh brain drain in the southern African country confronting a devastated economy.

A British government update posted earlier this month listed teachers who qualified in Zimbabwe as eligible to apply directly for “qualified status” — allowing succesful candidates to go straight into classrooms without further training.

The new policy, which the British government says will boost “opportunities for highly qualified teachers wherever they trained”, will begin in February 2023 and also applies to teachers who qualified in Ghana, Nigeria and South Africa.

For decades Zimbabwe’s education system was respected as one of the best on the continent — one of the few accomplishments of former president Robert Mugabe’s regime.

Years of unstinting economic decline blamed mainly on misgovernance have taken off the shine but the country still retains a pool of highly educated and skilled teachers.

Yet, like most public workers, they earn meagre salaries. Some have already moved to other countries including South Africa and Rwanda.

“This is great news,” said Nyasha, a teacher who asked to be identified only by her first name. “The conditions here are unbearable”.

In Zimbabwe teachers can make up to 50,000 Zimbabwean dollars ($75) a month, a tiny fraction of what they can hope to earn in Britain, Zimbabwe’s former colonial ruler.

Qualified teachers in England, where the cost of living is significantly higher, are paid at least £2,300 ($2,800) per month according to the Department for Education.

But an analysis by Schools Week, an outlet covering the sector, suggested just 73 percent of a key recruiting target for new teachers in English secondary schools would be met this year.

Some in Zimbabwe have warned that the prospect of its teachers relocating to the UK threatened to tip over an already wobbly schooling system.

“Where does that leave us as a country?” asked Obert Masaraure, the head of a rural teachers’ union.

The government says that it is at least 25,000 short of the number required.

“If we all leave, what will happen to our own children?” asked Tafadzwa Munodawafa, who leads another educators’ union fighting for better pay.

The education ministry refused to comment saying the government was unaware of the United Kingdom’s recruiting policy.

To try to stem an outflow of doctors and nurses, who have moved aboard en masse in recent years, authorities have made it more difficult to obtain the necessary paperwork to prove their qualifications.

But some say this misses the point.

“Government should do the right thing and prioritise paying our professionals well so that we can stem the brain drain,” Dr Henry Madzorera, a former health minister and opposition official, told AFP.

The latest statistics from Zimbabwe’s health watchdog show that over 4,000 healthcare workers resigned from public institutions in the year to November — with many thought to have emigrated.

HERE IS THE LINK FOR FULL REQUIREMENTS:

International Scholarship you can apply in 2023