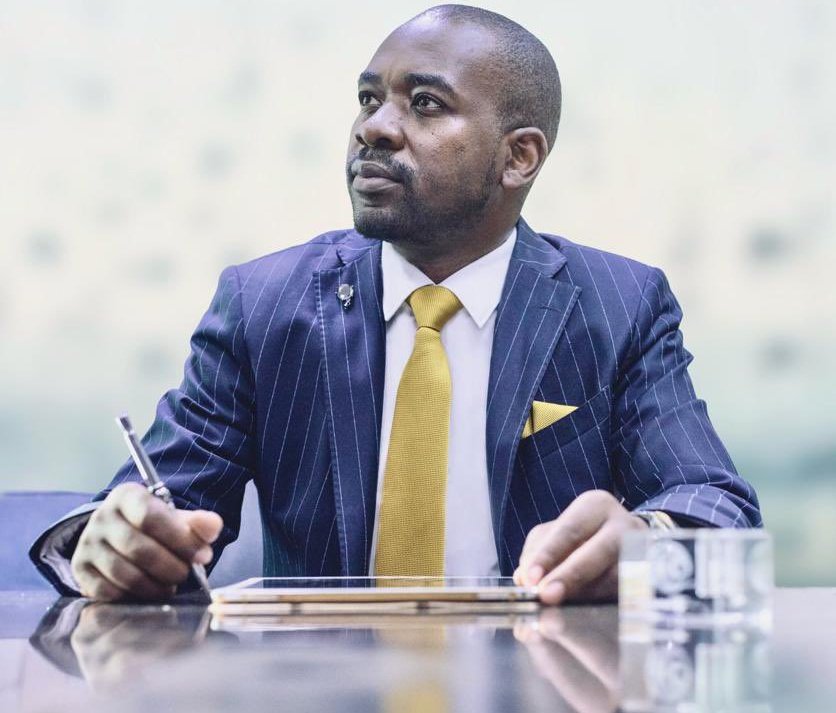 Citizens Coalition for Change leader Nelson Chamisa today said his party’s task is not merely to replace the Zimbabwe African National Union-Patriotic Front leadership but to raise the leadership bar, but he was challenged to show his party leadership and not just himself and spokesperson Fadzayi Mahere.

Chamisa tweeted today: “OUR TASK is not to merely replace Zpf without introducing a new governance culture.We seek to raise the leadership bar and attract strong, capable & quality leaders who serve Zimbabwe with dignity & distinction, guaranteeing quality services,dignity & security for all citizens.”

Chamisa said he was aware of this, saying: “We know how desperate they have become. Nothing and nobody can stop an idea whose time has come!”

@AsifunBumbulu said the African Union must be told about threats to Chamisa, to which Chamisa replied: “They are sensing defeat and smelling our BIG WIN. They will try everything desperate but we remain focused and ready! Zimbabwe shall be land of the free, peaceful and prosperous!”

Coster Ruzengwe differed, saying: “Not in talking dear brother, give us your policy docs n other party docs n constitution so we get a glimpse of wat this is all about if not a Chamisa Mahere project.”

Chamisa told him to be patient.

“Everything has its own time! Get ready!” he said.

Mutsa Mu, told Chamisa: “MORNING President, YOU know u will be banned from Doing Rallies, Leadership please make Use Of Social medea to communicate,like 3 min videos we can post on watsapp,Tik  Tok and then u Do Facebook Live the messages will reach our parents in rural areas via their phones thanks!”

A dull man with power and guns is very dangerous. He doesn’t like intellectual challenges

Mnangagwa will not give up power even if he lost by whatever margin.”

Chamisa said Mnangagwa is going this time: “Anoenda chete! Citizens have the power. God is Almighty & Sovereign!”, but Wallie- B responded: “With all due respect my President, where are the MPs & Councillor candidates?? You can’t wait till last minute to unveil them, that’s suicidal.”

PACHEDU  said: “You are very right in your question,  but remember in CCC the candidates come from the us the Citizens and I the CHAMPION Chibaya and his teams are working on that.”

“Declare a congress let citizens elect leaders at every level mind not the cost its democracy. Set dates for primary elections at every level. You have lawyers draft a constitution for the party. Publicly denounce US sanctions it will never harm you nor your foreign policy.”

Beedzinoruma said Chamisa was no different from ZANU-PF.

“With the calibre of Mps you have that collude with Zanu to recieve USD40k bribes and with your acceptance of funds to buy a bullet proof vehicle when majority are languishing in poverty kupinda kuchanonoka kana kusatouya. Makudo ndemamwe u r in it for money not for the people.”

Musi Matimura said Chamisa must go down to the people.

“Mkoma Advicate Pastor Chamisa, the best way to speak to ordinary Zimbabweans is through your performance on the ground, and specifically the areas you control.Running highly efficient systems, top class service delivery and modern infrastructure dvpt should be the trademark of your organization. One more thing! You should develop a culture of being able to work with people whom you don’t necessarily like because what’s important is taking Zimbabwe to the next level. Individual or organisational interests cannot be prioritised over national ones.”