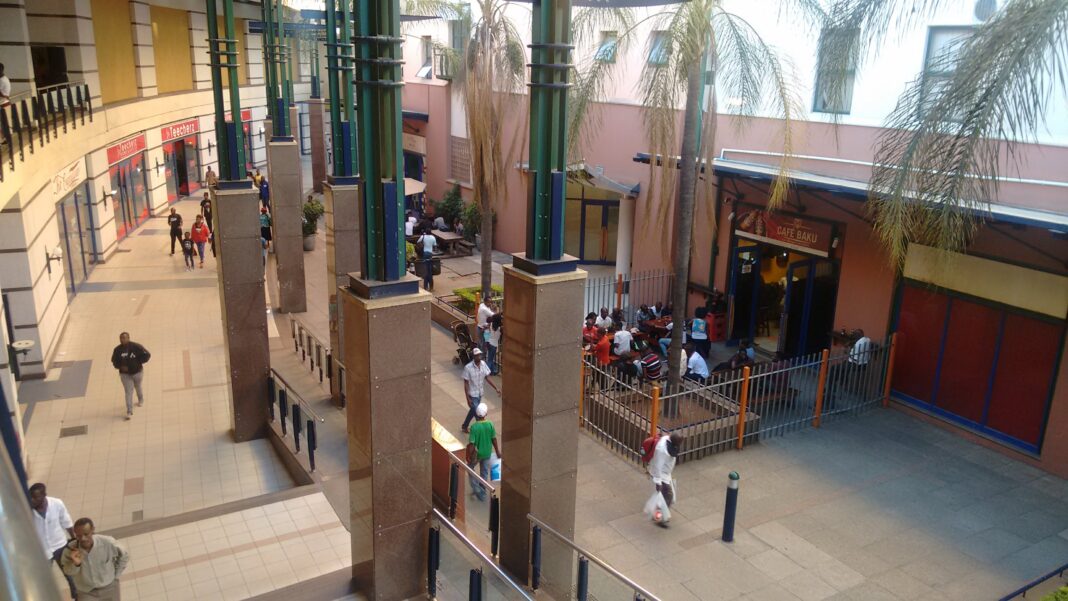 Africa is one of the richest continents in the world when it comes to natural resources. The continent has vast resources of valuable metals such as cobalt, gold, platinum, and coltan. However, at the same time, it is also one of the least developed regions in the world, as years of colonialism, strife, political uncertainty, and conflicts have hampered the continent with the world’s youngest population from growing.

However, Africa’s young population and the continent’s mineral resources are crucial to unlocking growth in the region. This is due to the fact that there is strong potential for several industries in Africa to grow in order for the continent to wean off from exports and produce its own food. For instance, research from the Brookings Institution highlights that Africa has one of the strongest consumer goods industries in the world. This growth, as of 2018, had ended up outpacing the overall African gross domestic product (GDP) growth, as consumer expenditure grew by a compounded annual growth rate (CAGR) of 3.9% between 2010 and 2015 as it touched $1.4 trillion.

This growth won’t stop there, as, by 2025 and 2030, the expenditure is slated to grow to $2.1 trillion and $2.5 trillion, respectively. Most of Africa’s consumer goods companies are located in South Africa with some present in Nigeria as well. Notable examples are Tiger Brands Limited (JSE:TBS.JO), RCL Foods Limited (JSE:RCL.JO), and Flour Mills Nigeria (NGX:FLOURMILL).

Another key African growth industry is agriculture. According to Oxford Business Group, the majority of the African population is employed in agriculture, and the sector’s massive potential is simply evident in the fact that 60% of the world’s uncultivated arable land is in Africa. To capitalize on this growth, agriculture technology companies are also growing in Africa, with estimates suggesting that for the first half of this year, African Agri tech startups received $95 million in funding – which marked a 58% annual growth. These startups are using a host of different technologies to stimulate the African agricultural sector, to enable farmers to easily access finance, conduct data analysis, secure their inputs at the right time and the right price, access the right markets, and use global best practices in their plantations.

Some great African agricultural startups are AgriProtein, which transforms organic waste into animal feed; Releaf, which connects farmers with large companies; Cowtribe, which delivers livestock vaccines to farmers using last mile delivery; and Hello Tractor, which uses the Internet of Things (IoT) digital monitors on trucks that allows tractor owners to provide their equipment to farmers.

Finally, the growth in the African population will naturally lead to more users requiring access to communications services. For instance, a research report from Mordor Intelligence estimates that the African telecommunications market will grow at a compounded annual growth rate (CAGR) of 11.2% between 2021 and 2026. It estimates that close to 300 million Africans use a mobile phone, with the market generating $90 billion in annual revenue.

Sub-Saharan Africa is witnessing aggressive infrastructure rollout as well, as 3G coverage stood at 70% in 2018. The use of telecommunications is not only for entertainment purposes, but it also allows farmers to pick out the right markets for their produce and for people in general to access better healthcare. Some of the largest Africa-based telecommunications companies are MTN Group Limited (JSE:MTN.JO), Safaricom PLC (NSE:SCOM.NR), and Ethio telecom.

The Republic of Côte d’Ivoire is a West African country with a $173 billion GDP in terms of purchasing power parity. The economy relies primarily on agriculture, and the country exports different products such as cocoa beans, gold, and petroleum products. It is ranked 109 on the Global Innovation Index, making it relatively better off than some other countries such as Eswatini which still primarily rely on tribal systems. Additionally, the Republic of Côte d’Ivoire also ranks in the second percentile of countries when it comes to infrastructure, business sophistication, and institutions.

The Republic of Zimbabwe is a landlocked South African country with a $38 billion GDP. Its economy is primarily fueled by the services sector, due to low levels of industrialization. Additionally, Zimbabwe also has the world’s second largest informal economy according to the International Monetary Fund (IMF). These are economies that remain undocumented as their transactions are generally conducted outside the formal banking system, which keeps them off of the authorities’ radar. Zimbabwe is also rich in natural resources such as gold, coal, and iron ore.

The United Republic of Tanzania is an East African nation with a considerably large economy that is worth $207 billion. In nominal terms, Tanzania is the seventh largest GDP on its continent. Mining is an important part of the country’s economy, with a strong gold mining sector and several different mines. Tanzania’s 103rd ranking on the Global Innovation Index comes primarily through its creative outputs, market sophistication, and institutions – all of which are in the second percentile of global scores.

The Republic of Senegal is a West African country with a $72 billion GDP. Agriculture is a major part of the economy, with fish forming a large part of its exports. This is however overshadowed by mining which is Senegal’s largest source of foreign exchange, with gold being the dominant export production. Senegal also exports petroleum products, and the country has flipped flopped on the Global Innovation Index. Its highest rank in the past three years was 96 in 2019, which dropped to 105 in 2020 and now it’s back at 99. Senegal’s institutional strength contributes heavily to its ranking, as it is the only sector that is in the third quartile of global rankings – outpacing several other African nations.

The Republic of Namibia is a relatively younger country that gained independence in 1990 from South Africa. It has a $26 billion economy, which, due to a small population, lends it a high GDP per capita of $10,448 by African standards. Manufacturing is a strong contributor to the Namibian economy, with the government offering subsidies to small and medium enterprises (SME) and opening export processing zones. The country also has an automotive parts supplier for big ticket car companies such as BMW, Audi, and Opel. It also has diamond cutting and polishing factories. Cumulatively, these make it one of the most advanced African countries. Namibia also relies on tourism to generate revenue, with sport hunting being an important constituent. Namibians are among some of the wealthiest people in Africa, with the country having more than 3,000 U.S dollar millionaires in 2017.

The Republic of Ghana is a West African country with a $226 billion GDP. Its major exports are gold, cocoa beans, and crude oil. The country’s manufacturing sector is quite developed, with Ghana making its own phones, electronics, and even electric cars. In fact, the country has made electric cars for close to a decade now. It is also one of the few countries in the region with some involvement in the space sector. The country launched an Earth observation military satellite in 2015, and large chunks of its electricity are generated through wind and solar power. Space exploration and renewable energy require significant scientific know-how. Therefore, Ghana is perhaps one of the most advanced African nations because of them.

The Arab Republic of Egypt is located both in Asia and Africa, but most of its landmass is in the former. Renowned for its long history, the country is a major power on the African continent.  Its economy, in nominal terms, is the second largest on the continent, and the country manufactures a host of different products such as consumer electronics, chemicals, fertilizers, textiles, and automobiles. Some notable Egyptian firms are Arab American Vehicles, Egypt Basic Industries Corporation (EBIC), the Olympic Group, and Ezz Steel. Additionally, Egypt is central to world trade as well, with its renowned Suez Canal seeing thousands of ships pass through it each year as it is one of the main trade routes in the world that connects Asia with Europe, with the alternate requiring ships to pass around Africa instead. In terms of world trade and diversity of industrial production, Egypt ranks high in the list of advanced African nations.

The Republic of Kenya is an East African country with a $333 billion economy. While most of its exports are agricultural products and natural resources such as tea, coffee, and oil, Kenya also has a strong manufacturing sector which produces different products such as consumer goods, cement, and refined petroleum. Kenya’s startup ecosystem is also one of the strongest in Africa, with data suggesting that the companies raised a whopping $820 million during the first half of this year, double the $411 million that they had raised in 20221.

The Republic of Botswana is a South African country with a $43 billion GDP and one of the highest per capita in the region at $19,287. Its manufacturing industry primarily focuses on making food products, textiles, construction materials, and metal products. Botswana also has one of the highest public expenditures on education in South Africa, which is also translating into scientific productivity, which was the second highest in Sub Saharan Africa in 2015. The country’s research and infrastructure rank in the second percentile of the Global Innovation Index, making it one of the few African nations that has achieved the scores.

The Republic of Tunisia is a North African country with a coast touching the Mediterranean sea. Manufacturing and services are the dominant constituents of the economy, and Tunisia makes products such as apparel, footwear, machinery, and car parts. It also has a close relationship with the U.S., which has served as a backer of Tunisian government loans. Tunisia also has one of the highest human capital and research scores in the Global Innovation Index, as its score of 45 places in the third percentile. The country’s knowledge and technology output score of 53 is also in the third percentile.

The Kingdom of Morocco is a West African country with the fifth highest nominal GDP in the region, at $142 billion. It has a vibrant manufacturing sector as well, with cars making up for a large chunk of the exports. Other technical products that the country exports are electrical systems and insulated wire. In terms of research, the Kingdom of Morocco contributes significantly to wind turbine research, and it also has some of the highest patent applications in the region. Apart from cars, the country also makes steel, finished products, and textiles.

The Republic of South Africa (RSA), or simply South Africa, is the fifth largest economy in Africa which was worth $411 billion last year. It is the only country in Africa with a nuclear power plant and is known for important scientific contributions such as the first human to human heart transplant, yellow fever vaccine, and X-Ray based CT scans. Therefore, it’s no surprise that the country is the only African nation with most of its Global Innovation Index scores in the third quartile, with a high market sophistication score of 39.

International Scholarship you can apply in 2023