PUNCHSTARWE CHOOSE TO GO THERE
Home HEALTH Government introduce a new law that would jail healthcare workers up to... 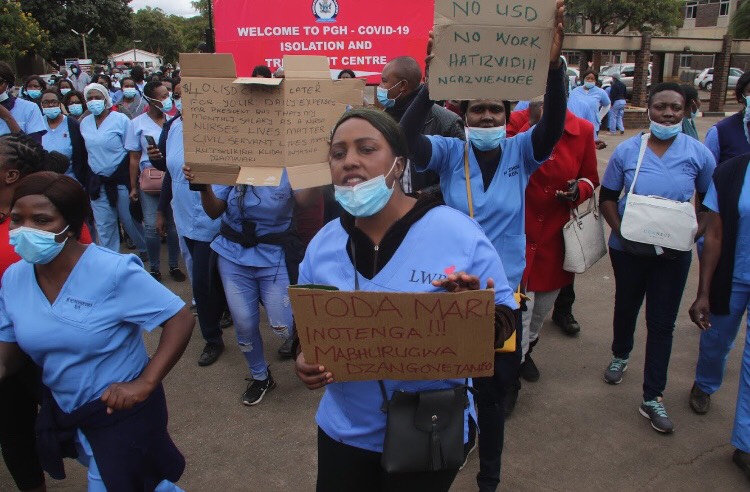 Goverment has brought in a law banning health workers such as nurses and doctors from prolonged strikes, imposing punishments of up to six months in jail for defiant workers or union leaders, government spokesman Nick Mangwana said.

The provision, signed into law by President Emmerson Mnangagwa last week but made public on Wednesday, stipulates that health workers can strike for up to three days because they are considered an essential service.

Other countries, including neighbouring South Africa and Zambia, limit strikes by health workers but impose less severe punishments, such as dismissals, work suspensions or docking salaries.

Frequent and weeks-long strikes by health workers have for years strained Zimbabwe’s public health facilities, which are already in a poor condition due to dilapidated infrastructure and medicine shortages.

Public health workers argue that their salaries — about ZW 361,000 ($100) a month for many — and lack of basic equipment make their jobs untenable. Unemployment is also high in the country, with the Zimbabwe Congress of Trade Unions (ZCTU), putting the rate at 90 percent. Zimbabwe which once boasted some of the best public healthcare facilities and personnel in the region, is now struggling with a brain drain as nurses and doctors seek better opportunities elsewhere, mainly in the United Kingdom.

How to fight against Erectile dysfunction